Hawksbill turtles are beautiful and critically endangered.  They have a very distinctive pattern on their shells which is what made them so highly valued. These are the turtles that have their shells commonly sold as "tortoiseshell " for such things a jewelry,  combs and ornamentation.

In Bequia  (Beck-way) we had the chance to visit the Old Hegg Turtle Sanctuary where one man is trying to help save the Hawksbill. 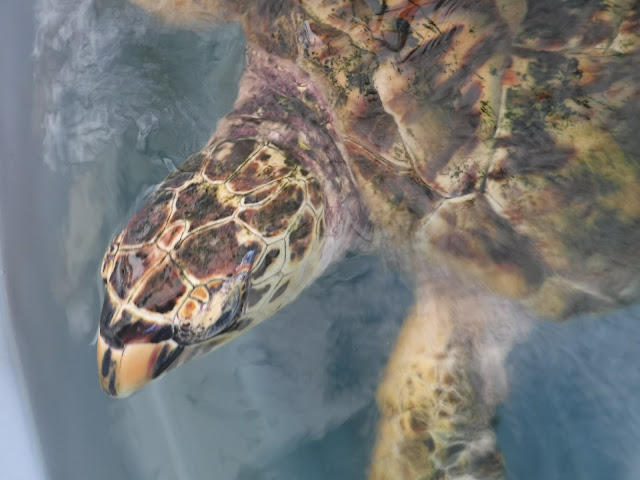 You can see the distinctive head giving rise to the name. 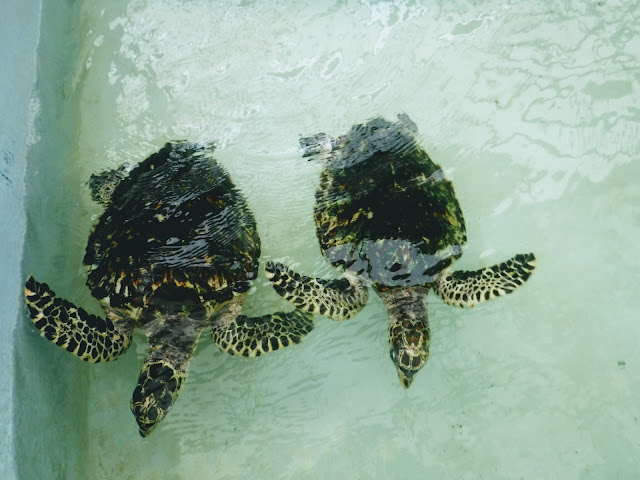 These turtles are 3 years old and about 2 feet long. They are to be released into the ocean next week. Turtles typically have a survival rate of 1 in 1000, the goal of this sanctuary is to raise that to 50 - 100 per 1000. 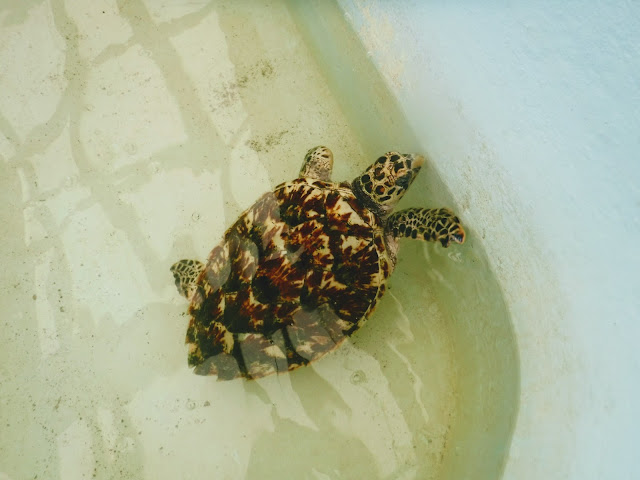 This one is a little younger, but you can really see the markings. 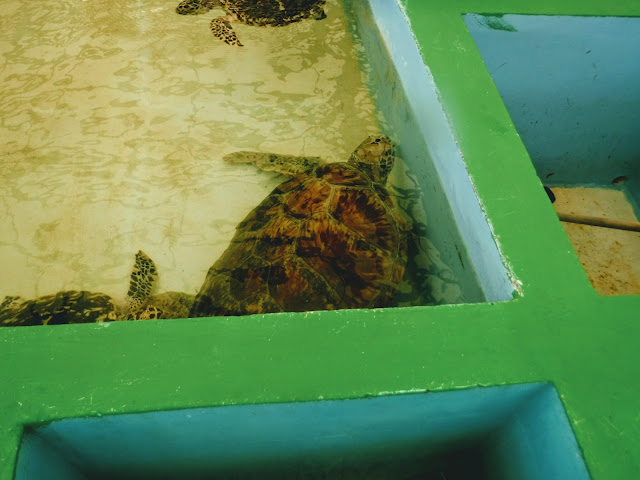 Not a great picture, but this was the only Green Turtle in the sanctuary. These are the type of turtles we saw in the BVI.  This one had been shot by a spear gun. It is scheduled to be returned to the wild soon. 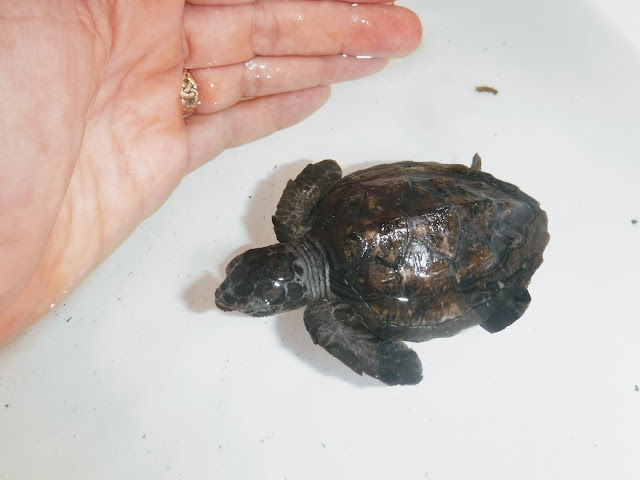 This little bitty one was only 3 months old. It was found in a yard and brought to the sanctuary.

Before the turtles are released they have a small hole drilled in the back of the shell as an identifying mark. Over 2000 turtles have been released back into the oceans and divers are now reporting seeing these turtles thriving in the wild.

Many thanks to people who devote their lives to something like this. Education and conservation helping to keep a species alive.