Dolphins have not been a part of our trip thus far. We spotted them twice in a particular bay in the BVI,  but at no other time nor place. Crossing from Martinique to St. Lucia gave us another glimpse of these wonderful creatures. I was at the wheel when I noticed some strange breaking of some of the waves. I looked closely and it was a pod of 8 - 10 dolphins. They approached the boat from the side and then turned 90 degrees to swim alongside Rhapsody. They were darker than I expected and swam just under the surface parallel to Rhapsody. A few jumps in the air, but mostly just swimming along beside ud. Gracefully,  with power and speed. And then they were gone. Just a quick "Hello, how are you? Welcome to our world" and they were off to other waters. 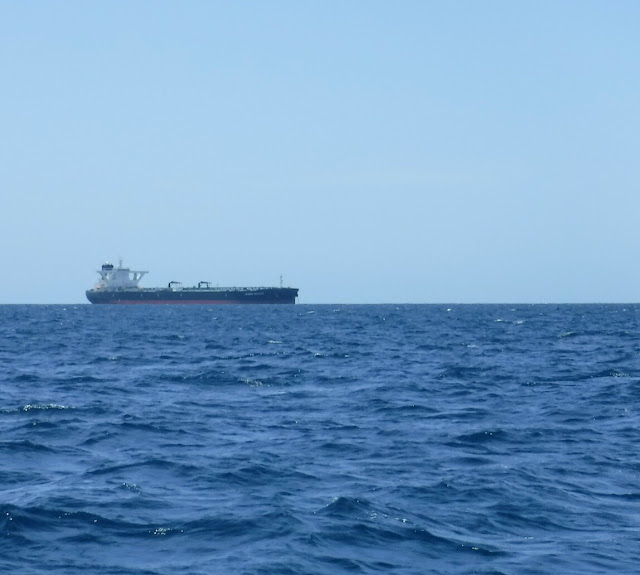 Saw this tanker along the way. Our chart plotter shows the size of some of the boats we pass. Dimensions are usually given in feet. This one was .128 nautical miles long! (I will let you look up the conversion if you care.) It was also 167 feet wide.

Rodney Bay is the northernmost Port of Entry for St. Lucia. We are leaving the French islands behind for now. The plan is a quick run through both St. Lucia and St. Vincent due to reports of thievery and assault against cruising boats.  It is really too bad because both of these islands are beautiful and have many areas we would have liked to explore. Prudence being the better part of valor, we have made the decision to lightly touch down in St. Lucia,  and to completely avoid St. Vincent,  landing just south of it in Bequia (pronounced Beck-way),  the northernmost island of The Grenadines.


We spent one night in Rodney Bay and found it to be very pleasant to once again be dealing with people in English. I am enjoying studying French,  but it is a lot of work to have to be functioning on a daily basis where there is a language barrier. Walking down the streets we would rarely hear any English being spoken, and when we did it certainly caught our attention.

We also used Rodney Bay to buy a new SIM card for our phone. A SIM card that will give us data all the way from St. Vincent to Grenada. In addition Digicel  (our local carrier) is having a 2X sale on data so we are currently enjoying having some faster Internet for a while. 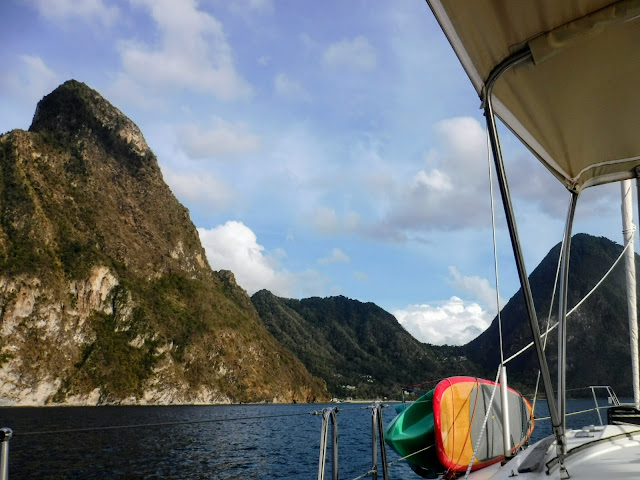 These are The Pitons of St. Lucia.  Spent a night anchored between the two of them. Truly a spectacular anchorage. 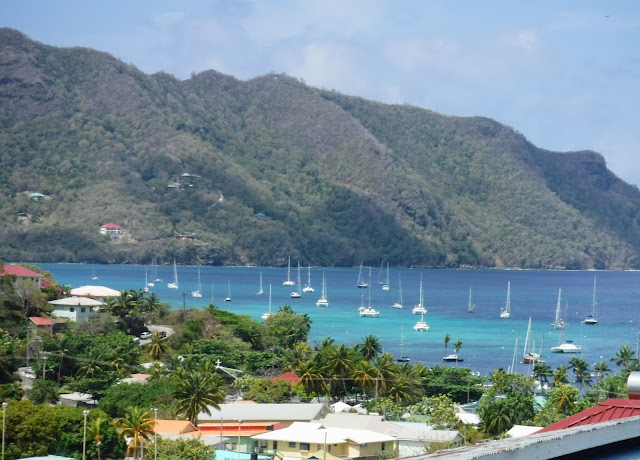 Admiralty Bay in Bequia. We are in our usual position of being the last boat, the furthest out in the anchorage. 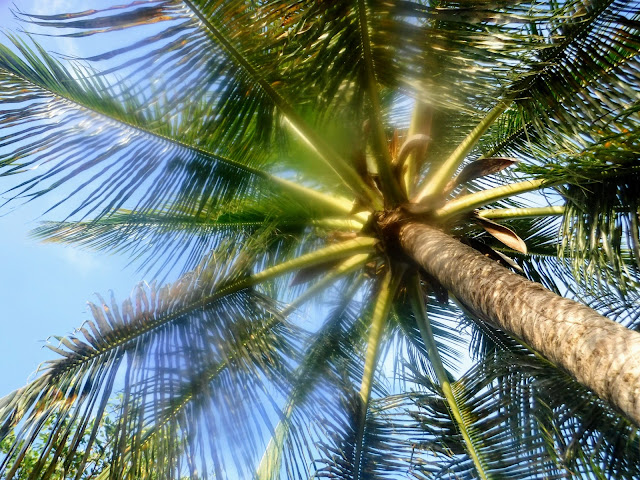 Just enjoying being under the Palm. Looking at the shapes it makes. 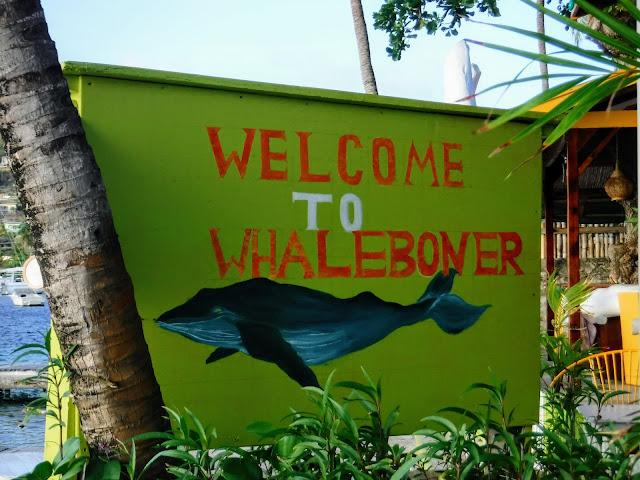 Is this really something you want to advertise? Does it make you want to eat at this restaurant? 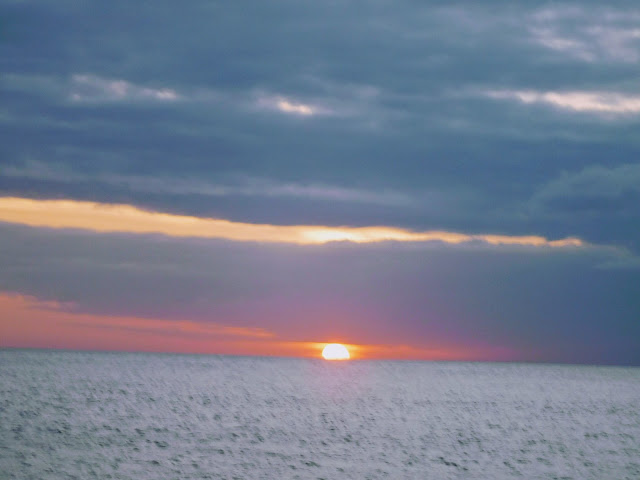 Another glorious end to the day.