Not all in Paradise is paradise

Circumnavigating Culebra we approached a mooring field on the eastern side of the island. As we were approaching we got a very strong sewage smell. The bay was beautiful, turquoise with white sand beaches, but the smell, while not overpowering, was certainly unpleasant enough that we did not want to spend the night sniffing it. We went around the next headland and thought the smell would be better, but after we had secured a mooring ball the odors began wafting our way again. It took a third bay, and a third mooring ball before the air was clear. We turned around and realized that we were quite close to the town dump. The island residents have to put their garbage somewhere, I just don't really want to moor next to it. 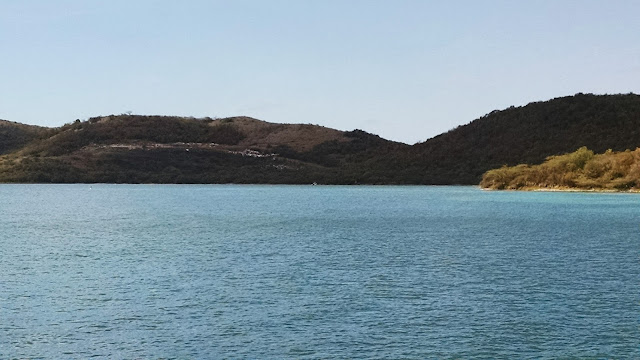 The white line on the hill, above the beautiful water is the island dump.