If I am embarking on a long journey, whether it is several hours or several days, the first hour will appear to fly by, but if the journey is only an hour long that same distance seems to take much longer.
"Are we there yet?"
"Hush, we have only been traveling for 15 minutes"
It's all about the mindset.  What are you expecting? What are you getting yourself ready for?


We went on a hike to Freshwater Lake in Dominica that was described in several publications as an easy hike around a lake, kid friendly.  This set up our expectations for this hike, we would do this easy hike and then go on to some more challenging areas.

We arrived at the lake and were again told that it was an easy hike, so off we went. The entire hike was on a path that was constructed of logs spaced just far enough apart to be uncomfortable,  they were uneven and difficult to walk around. 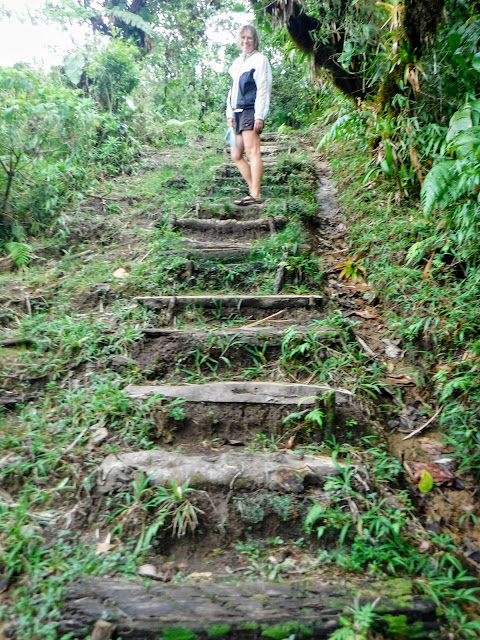 It was obvious that this path was often muddy and the steps made the hike possible during those times. A lot of work was put into making all of these uncomfortable steps. 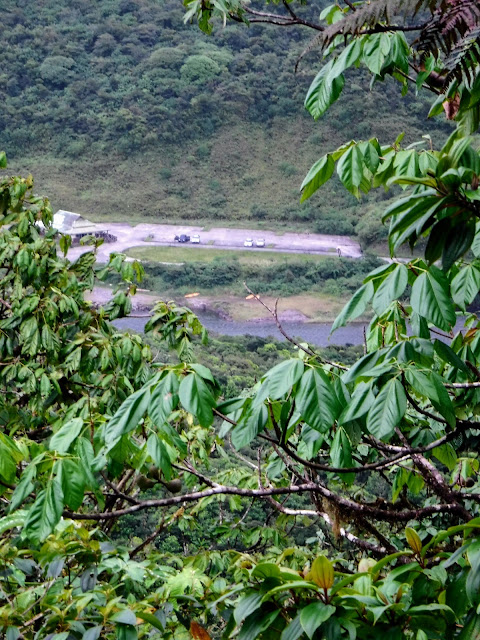 The expectation was an easy hike around the lake, and we figured we would be at lake level most of the time. The reality was that we were at lake level only at the beginning and the end, and did not even see the lake for the first half of the hike. This picture is looking back at the parking lot where we began. 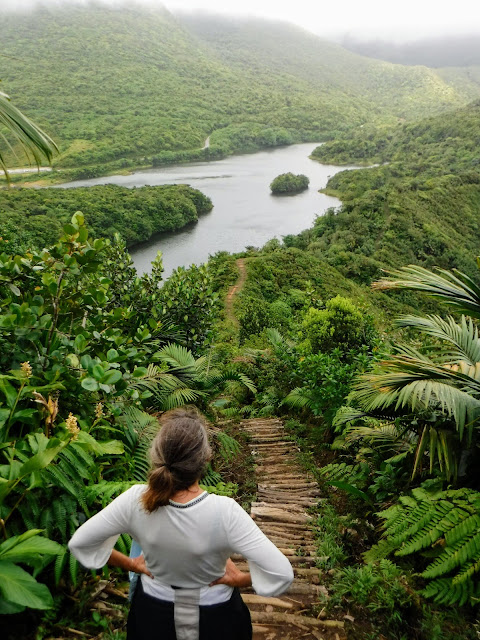 We finally got to see more of the lake, and the path going down, down, down on this chilly day up in the clouds. 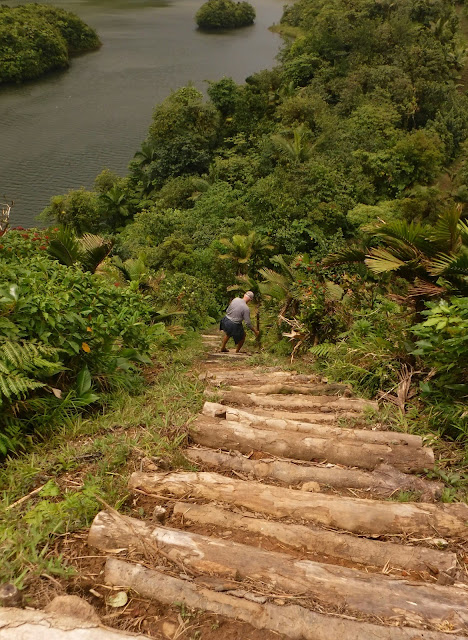 Bob picking his way down the path, it looks almost as if he has a walking stick, but that is an optical illusion. 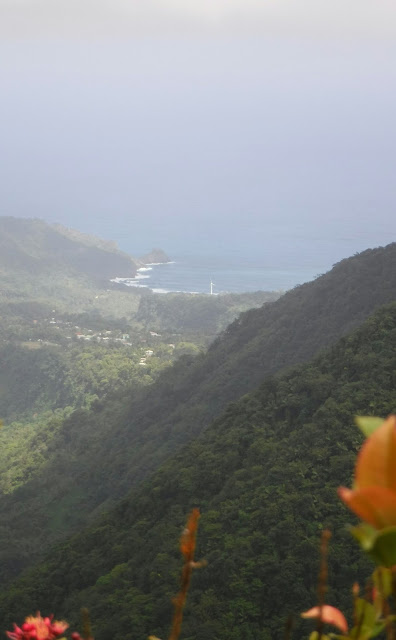 We got a peek of the Atlantic Coast. This picture can give you a sense of the steepness of the hills.

The flora and fauna were spectacular.  Brightly colored flowers, hummingbirds flitting all around. Stunning Anolis lizards sunning themselves alongside the path. 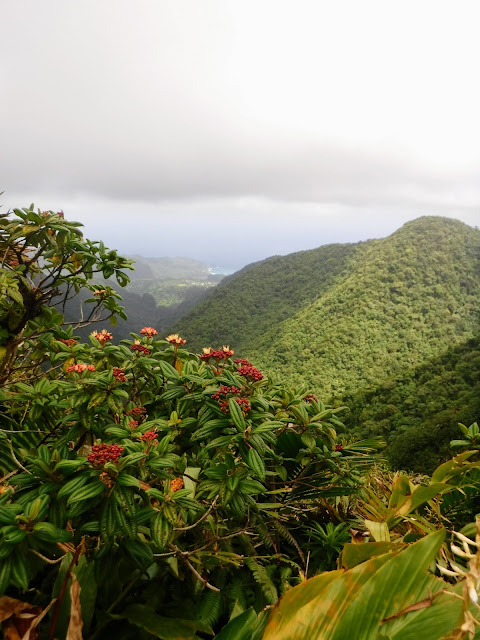 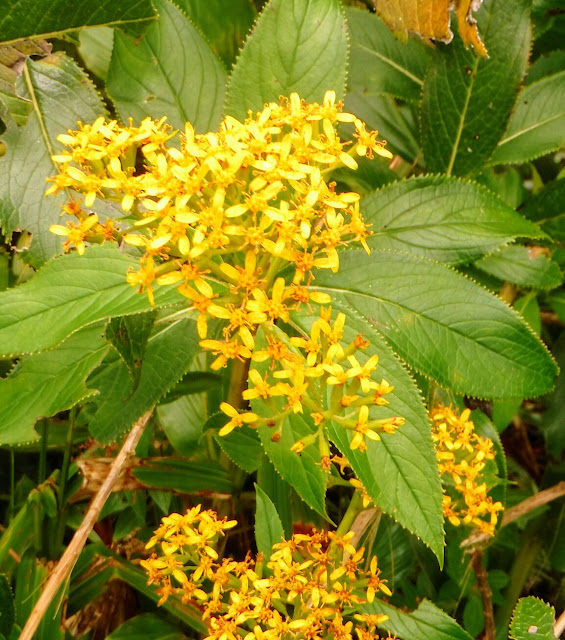 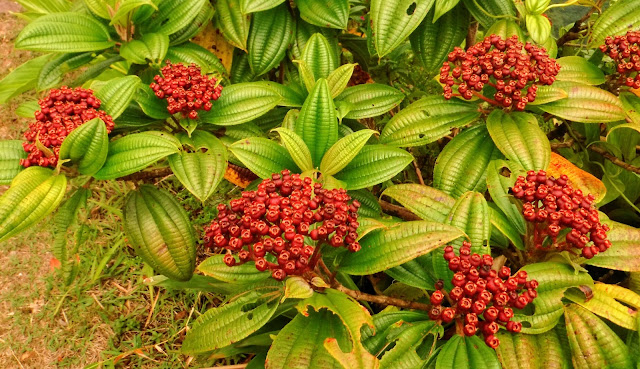 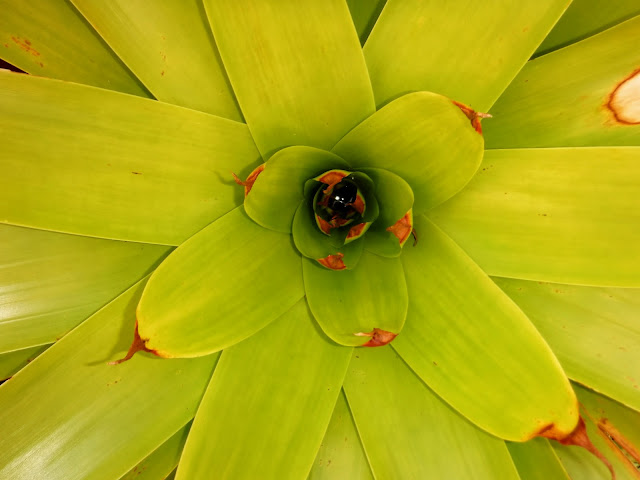 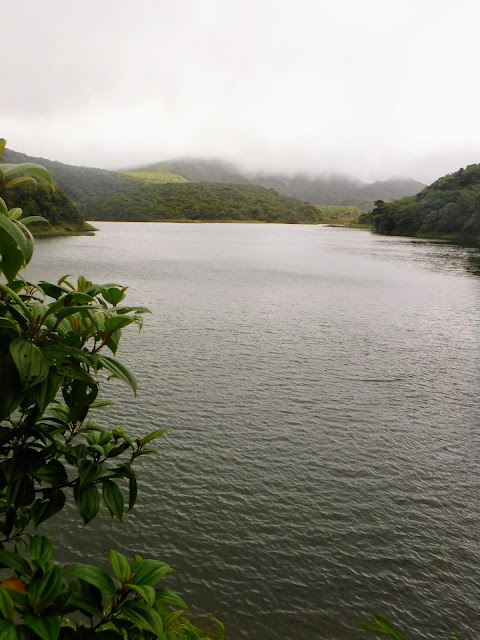 Finally back to lake level 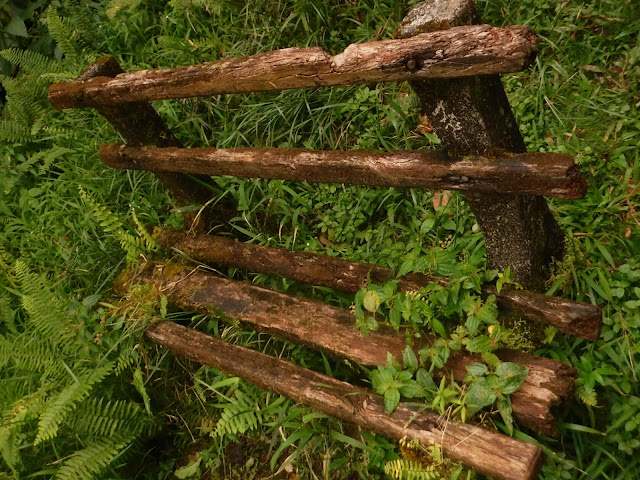 The fact is, this was not an overly difficult hike, just very different from our expectations of how the hike would go. I leave you with one more picture from a plant I really enjoy, the Tree Fern. 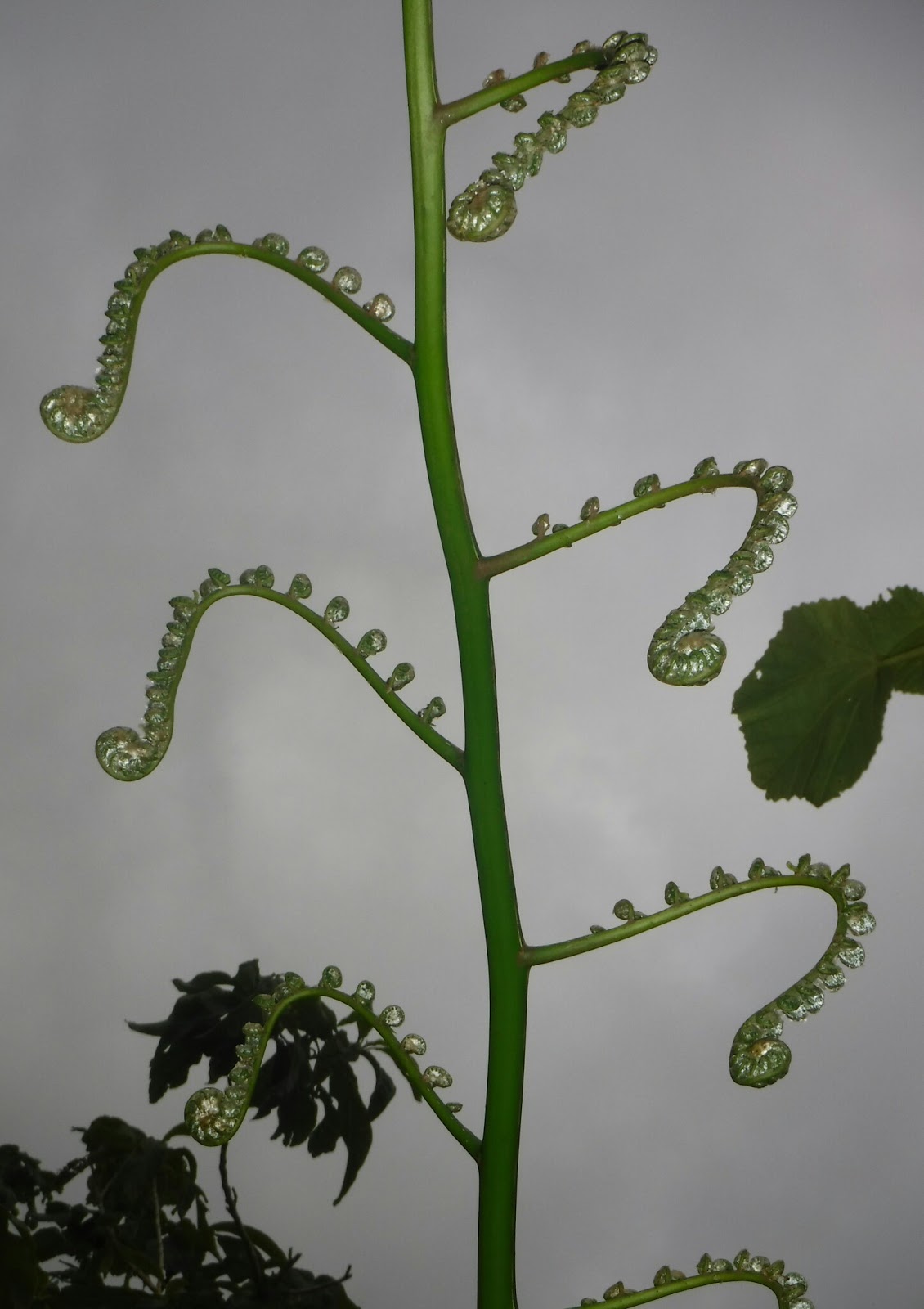