Entering South Dakota we were greeted by a large poster advertising Sturgis Motorcycle Rally. The dates were inclusive of the time we were to be in South Dakota.  Bob said he didn't realize it was going on now. I had no idea what it was, although I soon learned! The Sturgis Motorcycle Rally is an annual event attracting motorcycle riders from around the world. This year the numbers were tallied at 500,000 riders. It seems we saw a good portion of those riders in our travels through South Dakota and Wyoming. 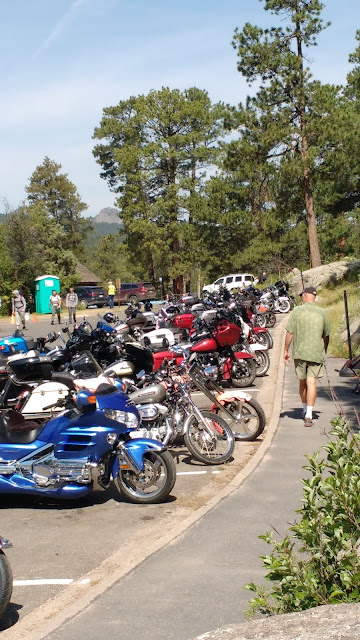 Hundreds of motorcycles were on the road and at every attraction along the way. What stuck out to me was the preponderance of the color black as a clothing choice. Some of it was the traditional black leather for motorcycle riding, but beyond that, black was the overriding theme. 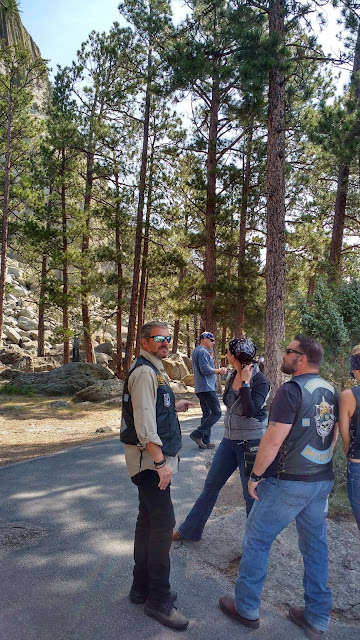 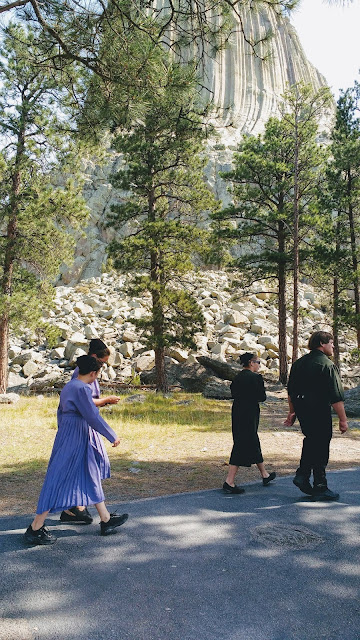 with their own choice of clothing denoting the group they belong to. (Mennonite)

Cruisers (as in boats, not motorcycles) have their own uniforms. 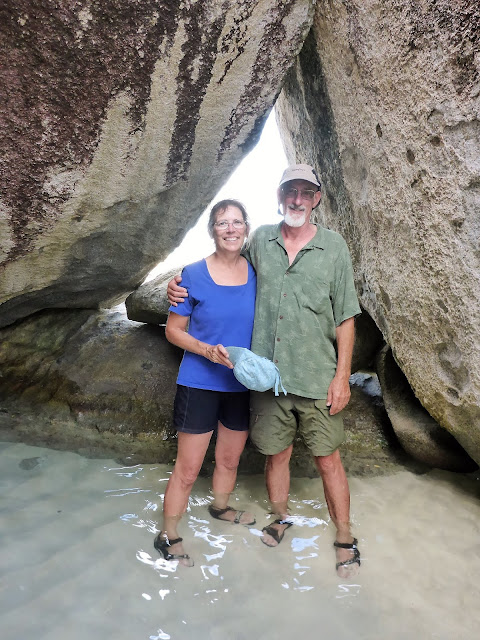 Walking down the street of any island you can usually spot the cruisers. Comfortable clothing, waterproof sandals, little to no makeup, a "salt hair, don't care" look and often a small backpack to carry the boat papers and a few provisions they are going to pick up.

Other groups have their own uniforms. Tie-dyed clothing at the Oregon Country Fair, t-shirts with all sorts of slogans expressing alliance with a certain group or self exclusion from another group. Tattoos fall in the same category, dividing people into those that have tattoos and those that don't. Cowboy hats and other Western wear include the wearers into a group. A suit and tie will include you in another group.

Many of these groups overlap, a lawyer in a suit could be tattooed and then put on his or her leathers to ride to Sturgis, or put on her waterproof sandals and sail around the world. Some of these uniforms are a permanent part of someone's life, some are more temporary. Some are self chosen, others are more societally dictated, but they all serve a similar purpose, to show that the wearers belongs to a certain group, even if it is a group of outsiders or loners!

What is your uniform today?