South Dakota has so much to offer to tourists. We experienced a lot, but in the end it was all about the animals. 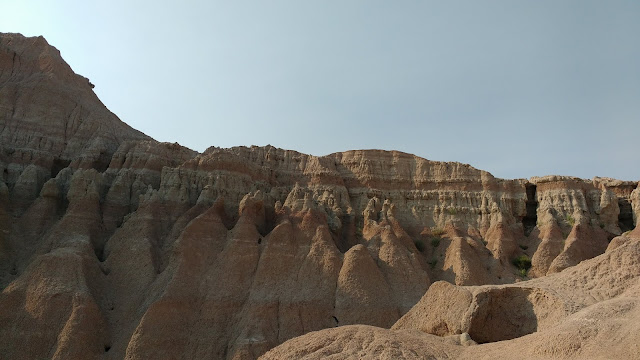 The Badlands were stunning and we enjoyed several hikes through the park. 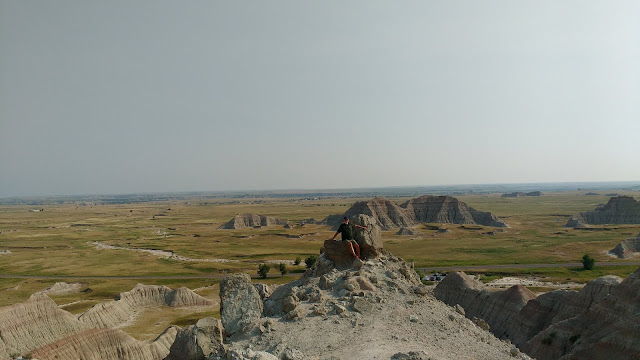 Zoom in to see Bob 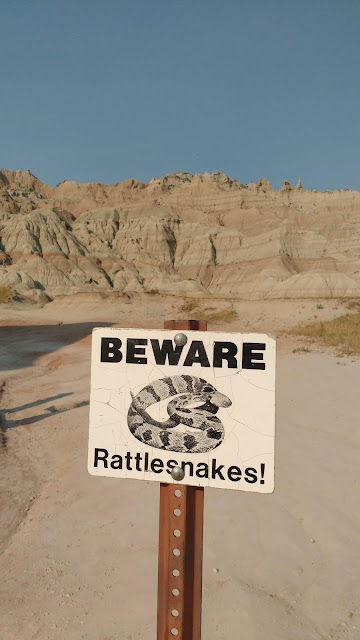 Some animals we were happy to avoid. 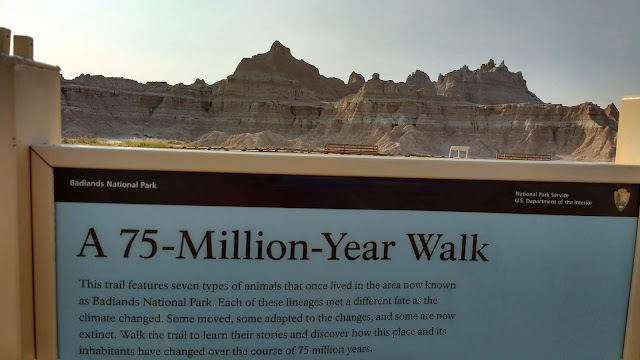 Some hikes we avoided because the stated time was too long. 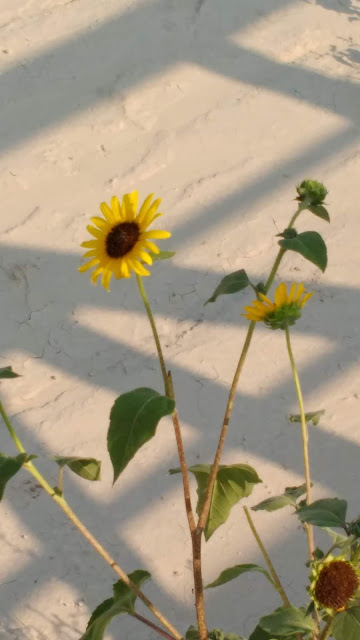 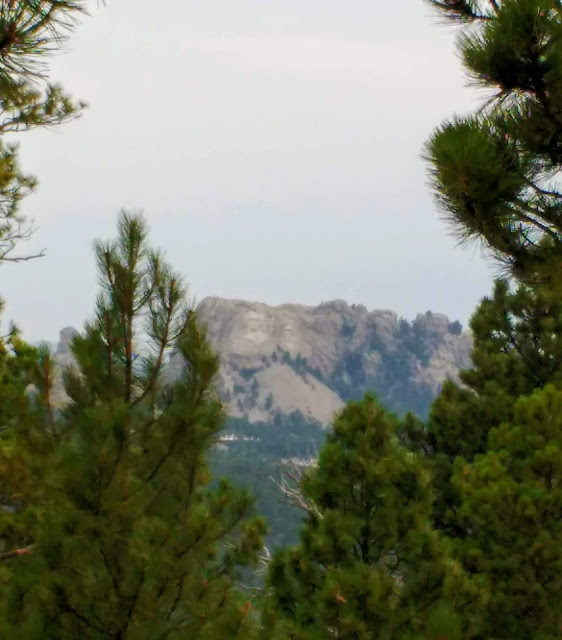 The faces on Mount Rushmore can be seen from many viewpoints, some quite far away. We drove to the park to view them closer. Bob has a lifetime pass so getting into the park is free. Parking, however, is not. As we approved the parking the signs informed us it would be $30 to park. No thank you, but at that point there was no turn around. We drove to the entrance and explained that we just wanted to turn around. We were told to drive through the gate and tell the guard that we were just turning around. We were told three times that "There will be no charge for that, we will let you turn around for free". We felt so privileged! What a favor they were doing for us.

As I said, it was really about the animals. 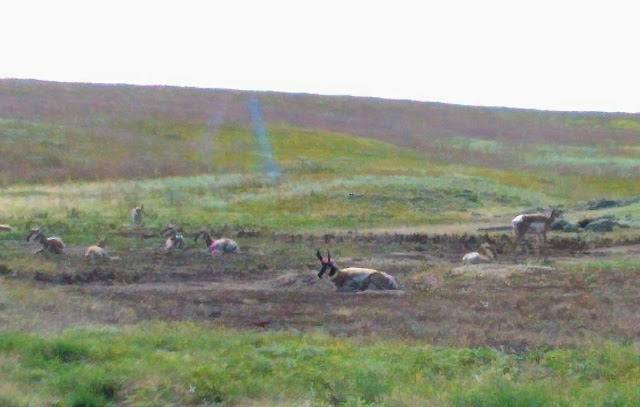 Starting with the prong-horn deer

and the bison.  I was standing and reading that sign 30 seconds before the bison arrived. 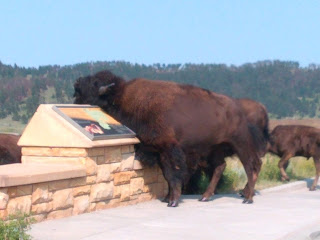 And the prairie dogs. Their sounds are so interesting. 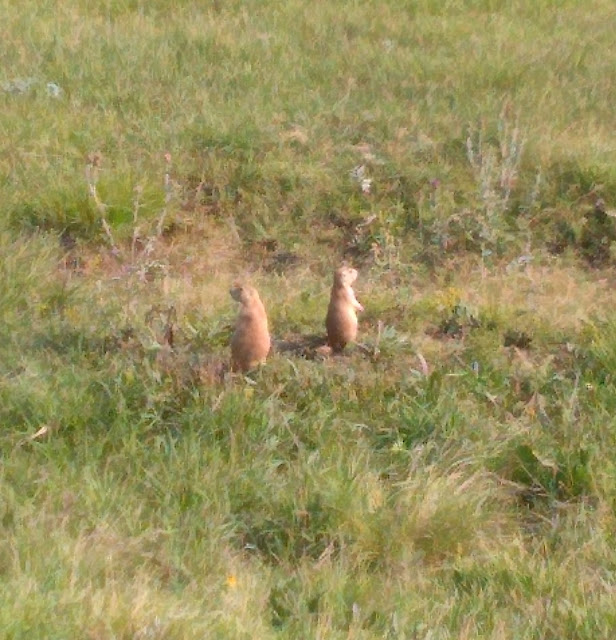 They stood so still that I thought that the image on my camera had frozen.

Then there was this guy,

pleasuring himself on the rock.