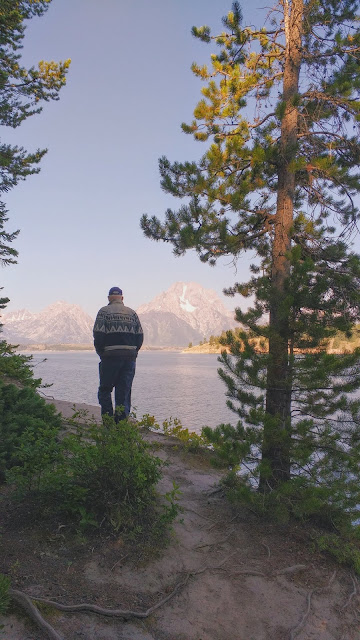 Temperatures here were a little lower than we have been used to. Putting on the sweaters and the long pants was something that we had not done in two years. 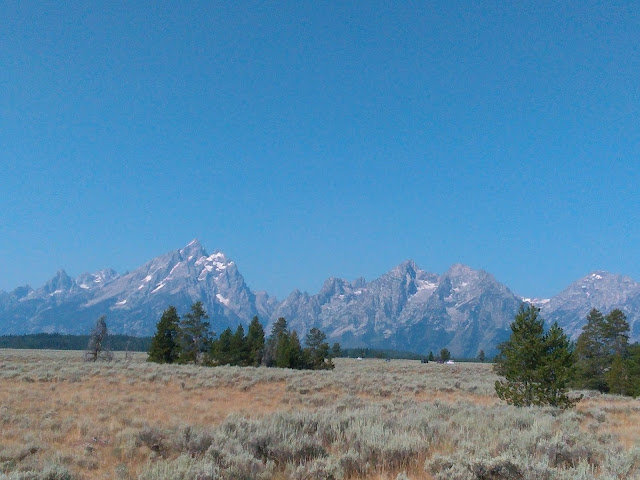 The Tetons look so impressive partially because they have no foothills, the mountains rise up suddenly from the plains 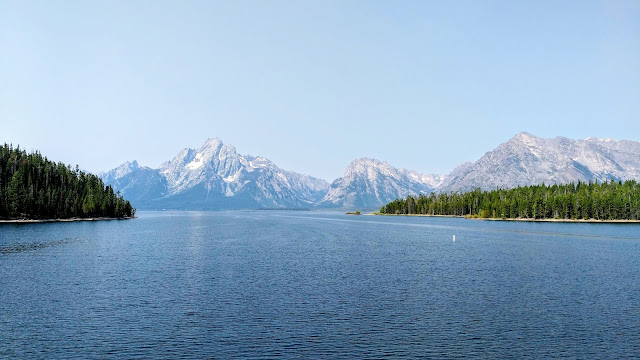 which gave stunning views throughout the park. 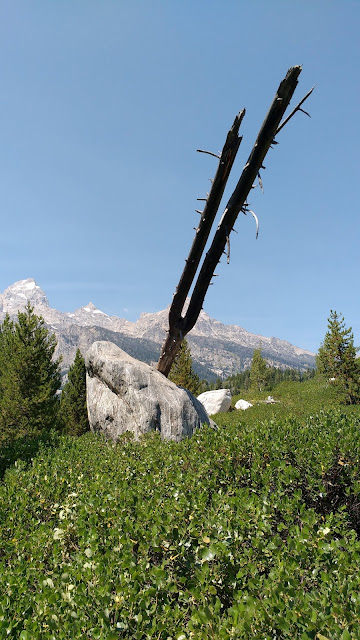 Everything is Grand here, even the tuning forks! 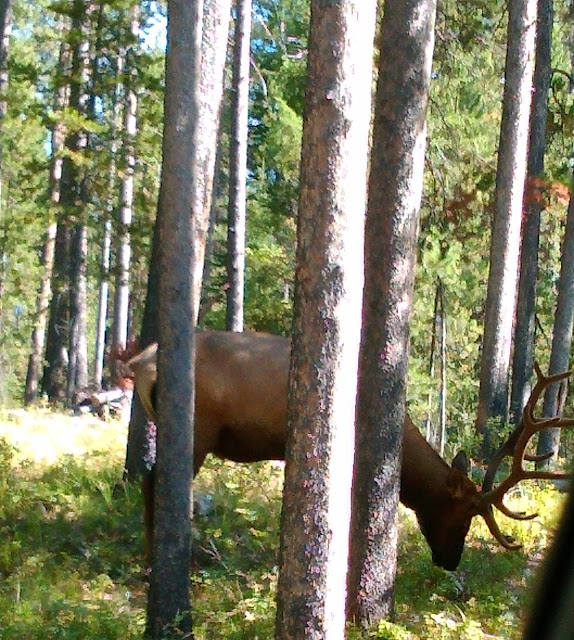 Some of the highlights were definitely the animals we saw, out on the trails, in the campgrounds or while we were just driving by. 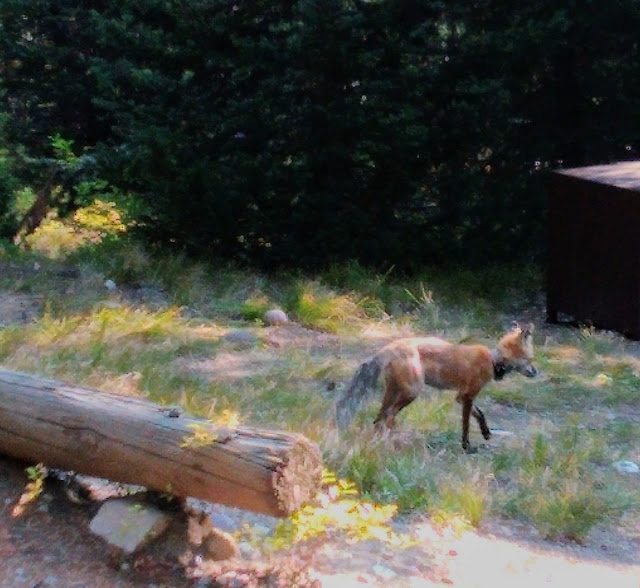 This collared red fox was prancing around our campsite, wary of us, but not letting us deter him from the hunt. He (or she) successfully pounced on a chipmunk, and devoured it quickly. I always have mixed feelings watching something like that. Happy that the fox can eat today, sad for the demise of the chipmunk. 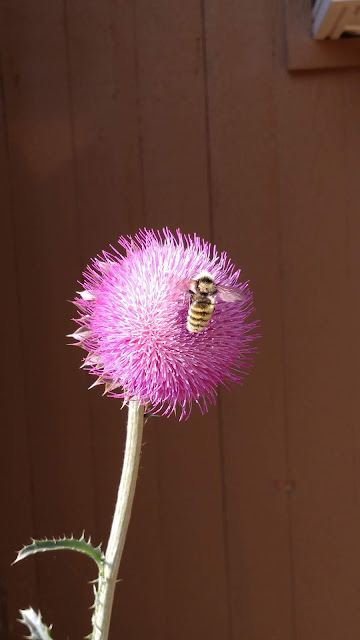 We enjoyed the small creatures too. 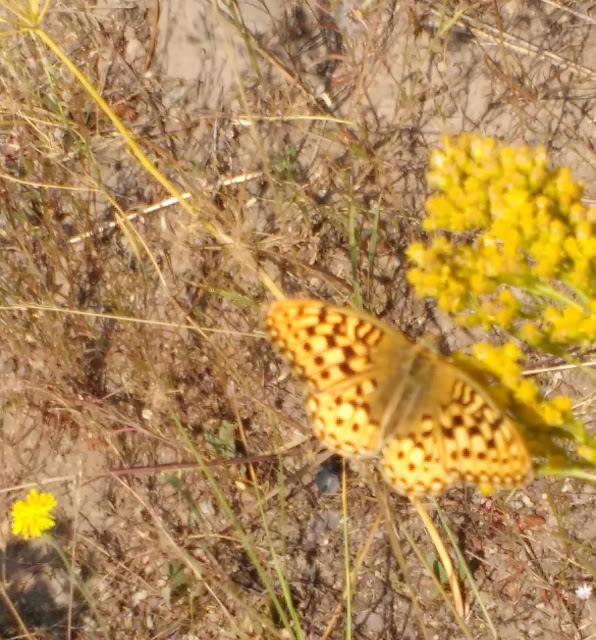 The Tetons were gorgeous and it seemed that the majority of the people visiting were enjoying the outdoors, hiking, boating, participating in activities, not just being a spectator. 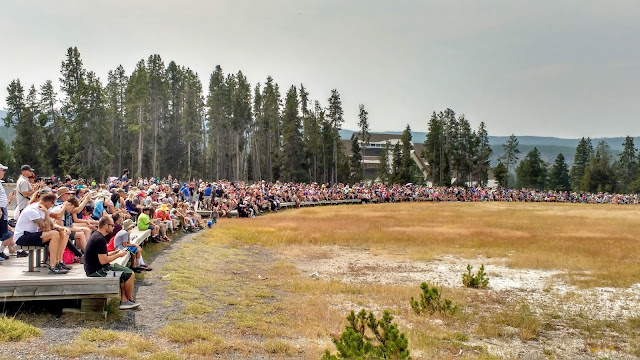 In contrast, the crowds in Yellowstone seemed to be there to witness a show, or check the box on their bucket list, "yes, I saw Old Faithful" 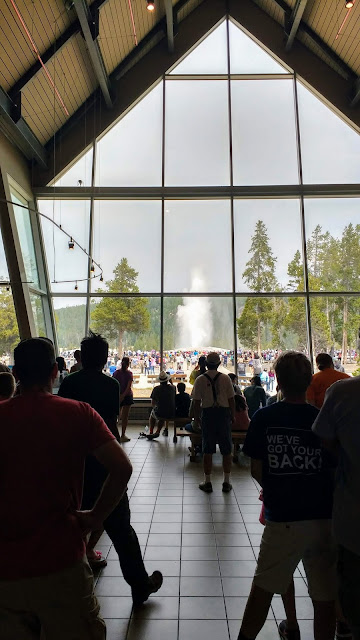 You can even watch comfortably indoors. 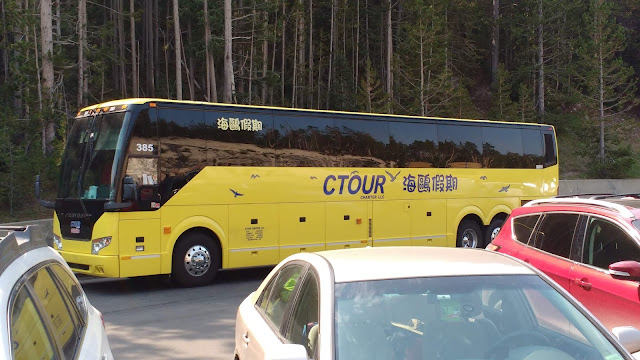 There were dozens of Chinese tour buses throughout the park. 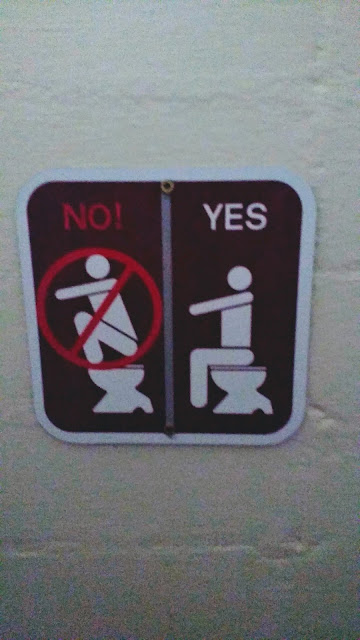 And so many visitors used to squat toilets that this sign becomes necessary. Imagine encountering a flush toilet for the first time. "I have to put my butt on the same spot that the last person just had their bare butt? No thank you!" 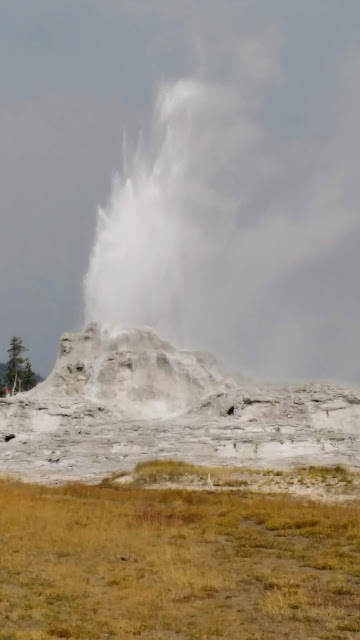 The geysers were spectacular. Spouting high into the air, bubbling and steaming.

Notice the grey skies caused by the wildfires burning throughout the West. 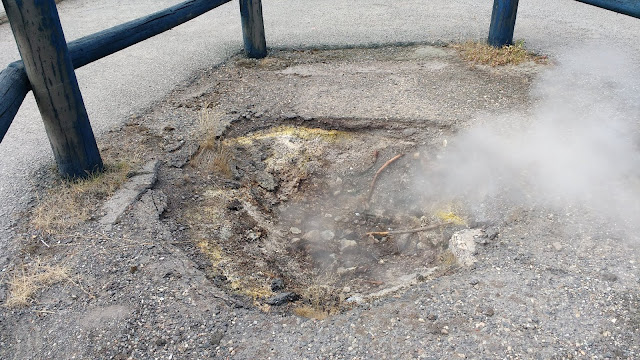 The evidence that Nature cannot be contained was everywhere. This bubbling spot appeared in the middle of a parking lot. 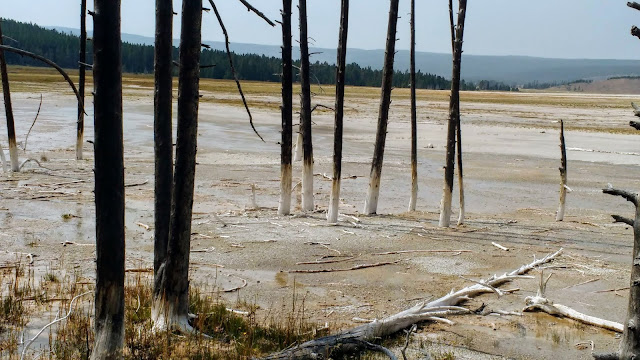 More evidence of changing environments. These trees, once happily growing in this spot, are now called "Bobby  socks trees" for the white calcium around their bases 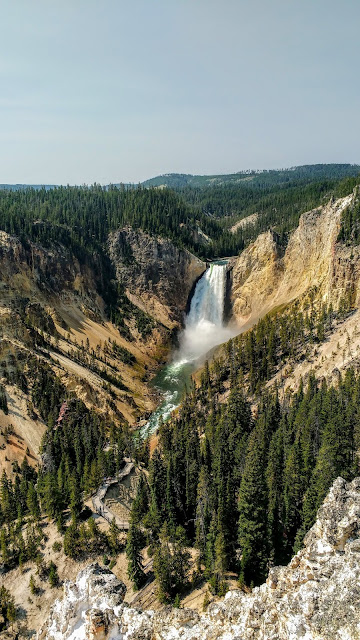 This spot is called "Artist's Point". It certainly made me want to capture it! Truely spectacular landscapes to see and hike through. 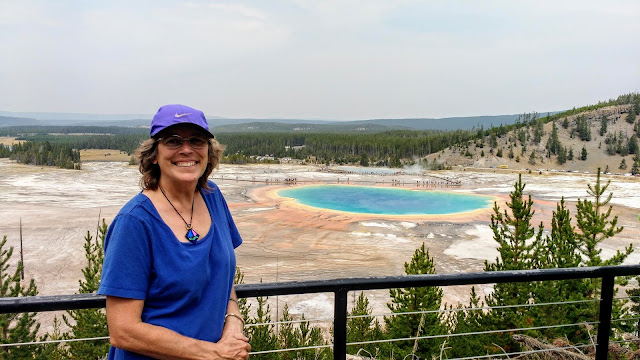 This spot has long been on my bucket list. Grand Prismatic Springs. I have wanted to paint this, or re-create it in glass. It is still on my artist's list, but at least I have seen it now. 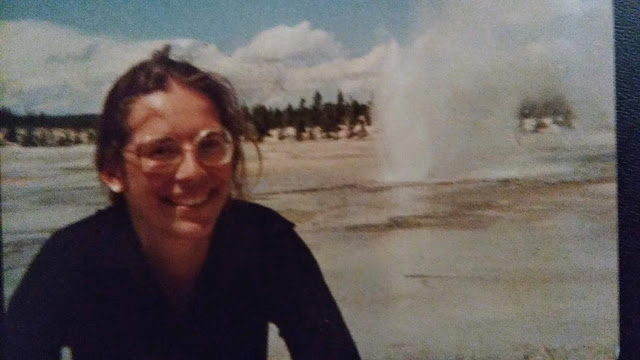 I thoroughly enjoyed our time in both parks. This picture was taken the last time I was in Yellowstone, in 1978 on my first trip west. At the time, this was the furthest west I had ever been. Here's to hoping that I can return again someday.