The Underwater World of the Turks and Caicos

The calm feeling of floating underwater, weightless and free (except for all of the scuba equipment we have strapped on). In the spirit of the jungle tours I gave you in Panama, (here and here) here is an underwater tour of TCI. 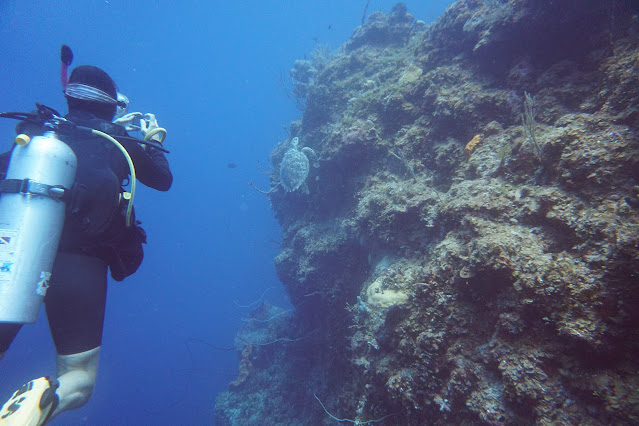 The most dramatic part of diving in TCI is the vertical drop off. We would catch a mooring ball at approximately 40 feet of depth, drop down with our gear to about 60 feet, to the edge of the cliff. The cliff would drop off into spots that were 300 feet deep. Deep enough that it appeared to drop off into nothingness. 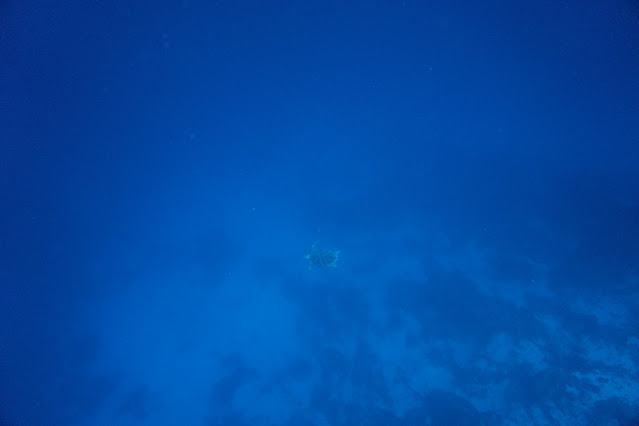 Looking down and seeing the turtles and the sharks swimming far below us. 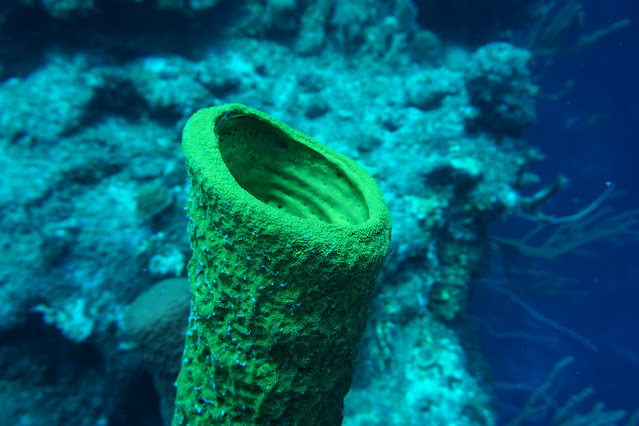 The colors of the sponges ranged from yellows to reds to greens to bright purples. They are slightly squishy to the touch and often have some type of creatures inside of them. It sometimes feels like a treasure hunt to peer down the tubes because you never know what you may find. Small fish, shrimp, crustaceans, or nothing at all. 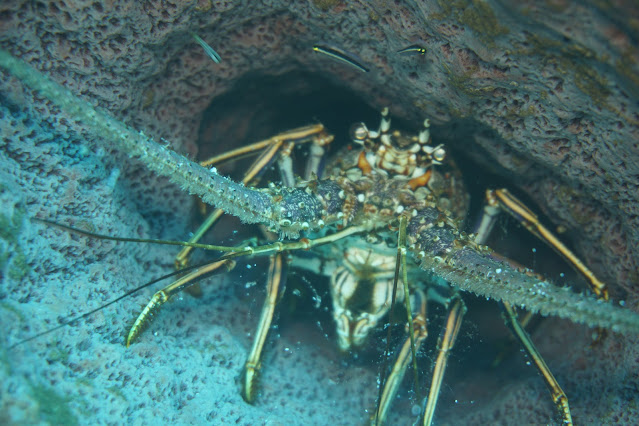 This particular sponge had a lobster in it. This was the first time we had ever seen a lobster in a sponge and it was most likely there because this sponge had a hole in the bottom which would allow the lobster the ability to escape if necessary. 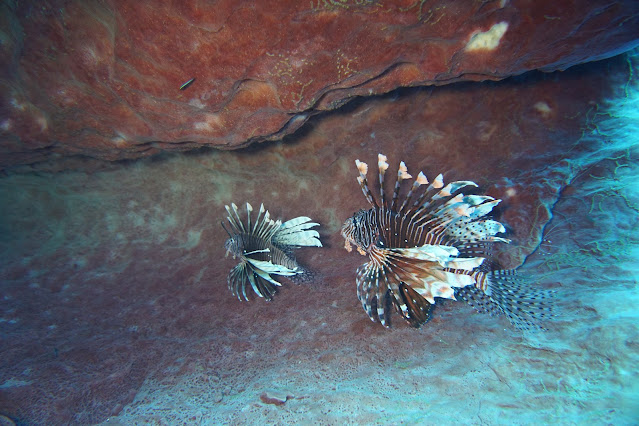 Lionfish are beautiful to look at, dangerous to touch and very invasive. They are voracious eaters, prolific reproducers and have no natural predators in the Atlantic or Caribbean oceans. They are decimating native fish populations and eating everything in sight including the species of fish that keep the corals clean and healthy. Lionfish are not a problem in the Indo-Pacific oceans where they have predictors to keep them in check.

When we first arrived in TCI we talked to the people who run the Turks and Caicos Reef fund and asked them if there was something that we could do to help them. They said that it would be helpful if we would do lionfish counts on our dives, so, every dive we dutifully recorded the number of lionfish we had seen, what size they were and at what depths we saw them. We saw lionfish on almost every dive and as many as 10 on several dive sites. Fortunately for us as divers lionfish are relatively stationary and are easy to avoid allowing us to look but not touch, or be touched. 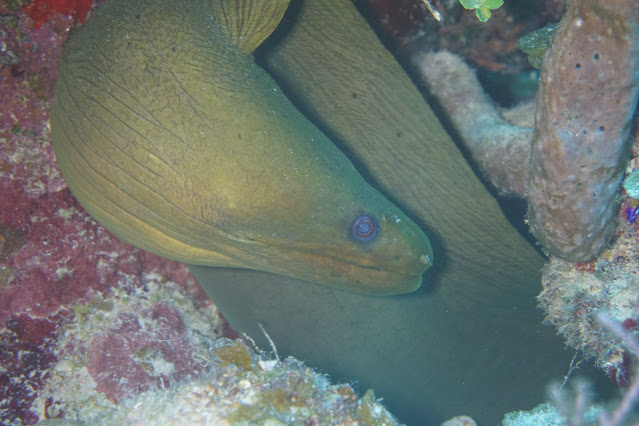 We did not see many eels in the TCI, but always enjoyed seeing the ones that we did, including this large Green Moray Eel, probably about 6 feet long. Another species that can be dangerous if you bother them, but not a problem if you keep your distance and your fingers to yourself. 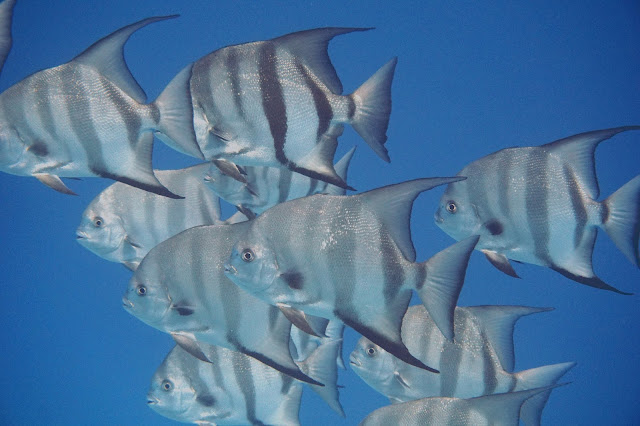 Atlantic Spadefish are very striking. These are about 1 1/2 feet to 2 feet long. 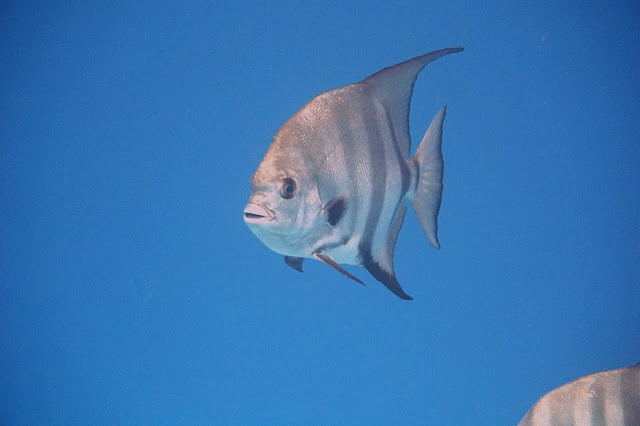 Usually we would see them as singles or in small groups, but occasionally we found larger schools of them. 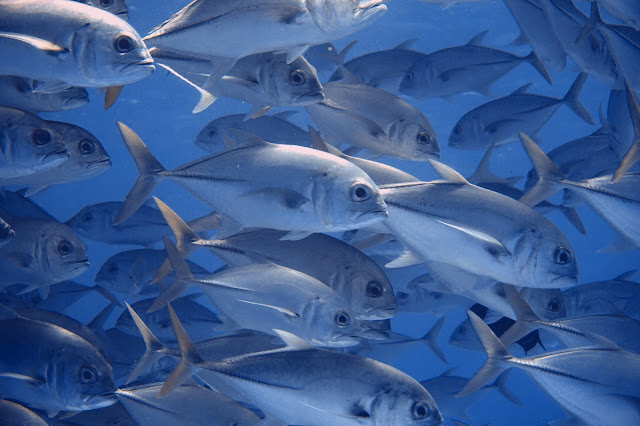 Schools of fish are impressive to see and fun to swim through. These are Horse-eyed Jacks. 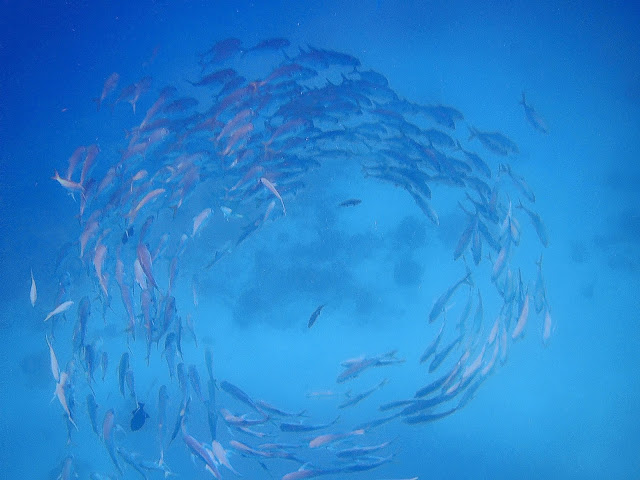 And beautiful to watch them circling. 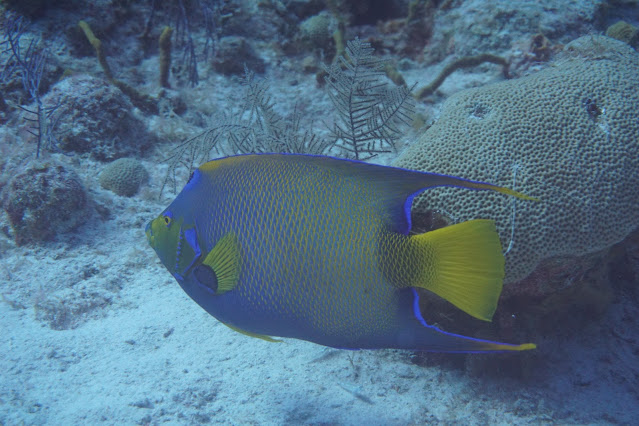 The showy fish are always fun to watch such as these Queen Angelfish. 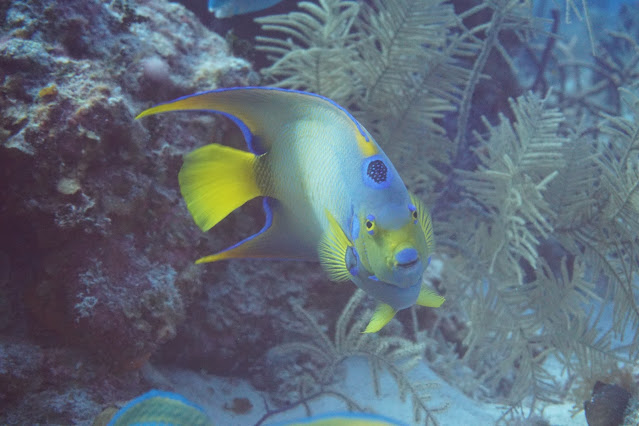 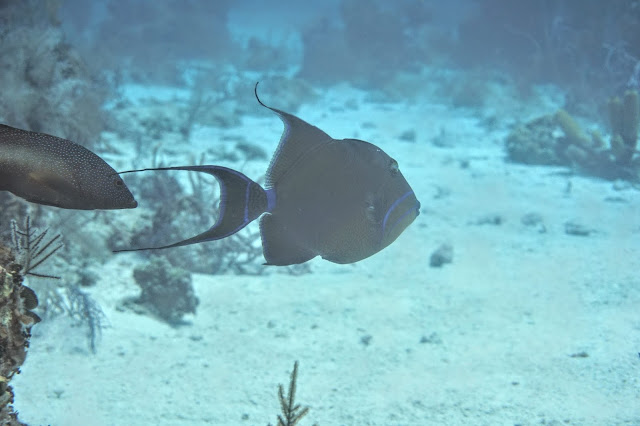 And the Queen Triggerfish as well. 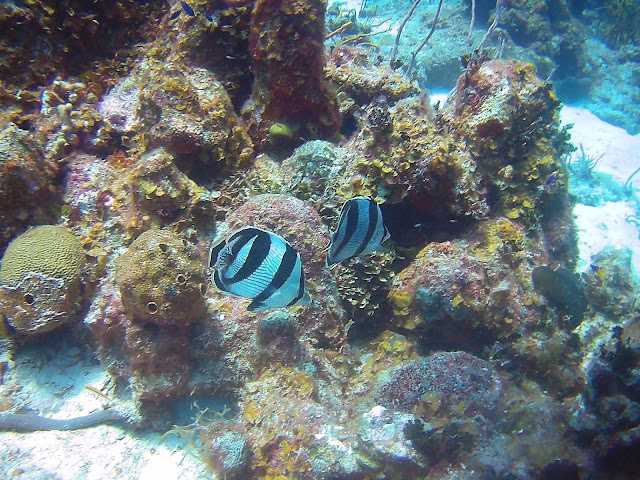 Butterfly fish are almost always found in pairs, and apparently they mate for life, although I don't know this from personal information. 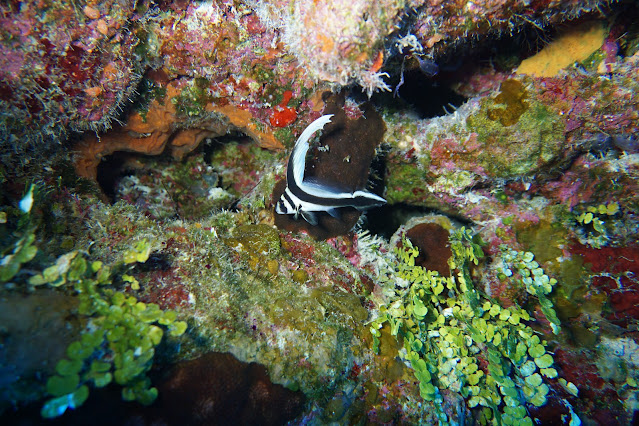 This is a spotted drum in its intermediate phase, about 4 inches long. When they are a little younger their dorsal and tail fins are longer, they shrink as they age. The drums stay in a relatively small area, swimming in a circular, dance like pattern, their fins fluttering behind them. Always a favorite of ours. 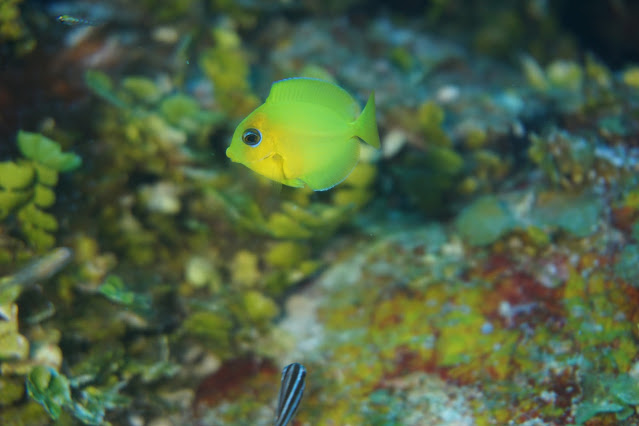 This cute little fish highlights the difficulty of fish identification. This is a juvenile Blue Tang and grows up to be a beautiful blue color. 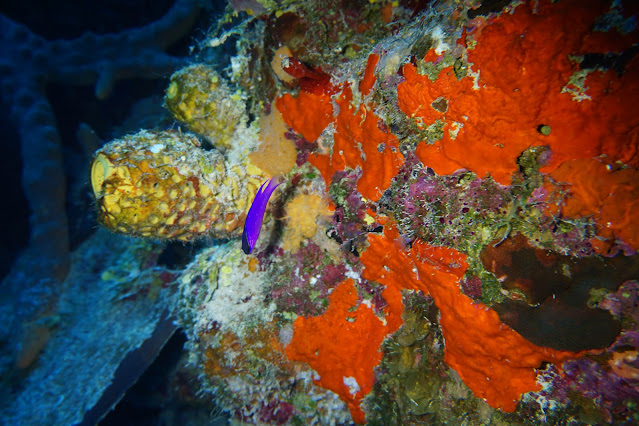 And finishing up with the small colorful Fairy Basslet. These little fish are constantly in motion and it is very difficult to get a good picture of them.

Most of these pictures are courtesy of Rivers Gage-Hunt. Thank you.

Coming soon... Night diving in the Turks and Caicos.

Thanks for another chapter in your travels. Keep them coming, please! Dad