Late afternoon, on a mooring ball, about a quarter mile off  the coast of Grand Turk Island, in the Turks and Caicos, while sitting in the salon of the boat, I think that I hear a very faint "Help!". I listen and soon it comes again, very faint, and not too close to Rhapsody. I go up on deck and look around and see a man on a Stand-up paddle board (SUP). He is probably half a mile off shore and 100 yards away from me. He repeats his cry and I shout " What do you need?"  " I need help". "Can you get over to our boat?" I ask. " No" he says. It is becoming obvious that the current is carrying him out to sea, and the sun is on its way down.

By this time Bob has joined me on deck, and together we lower Melody, our dinghy, and Bob takes off to rescue the man. 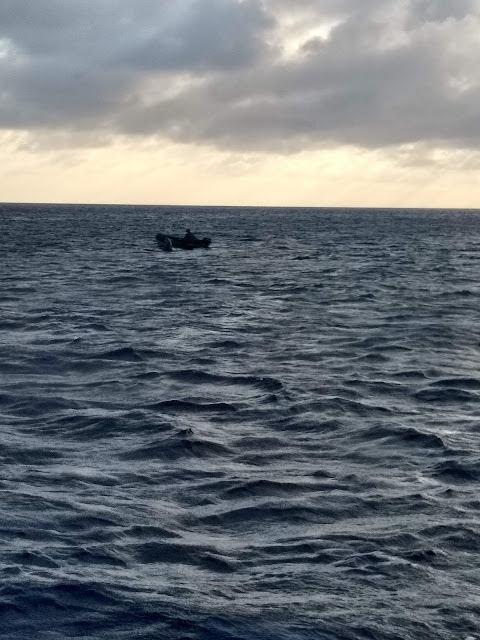 I will now turn the mike over to Bob to finish the tale.

I hopped in the dinghy. Happily, the motor started right away and I motored out to pick up the paddle boarder. He was clearly quite tired from trying to paddle himself back to shore against wind and current. If we had not heard his voice calling for help he would have been lost on the open ocean after dark in another half an hour. 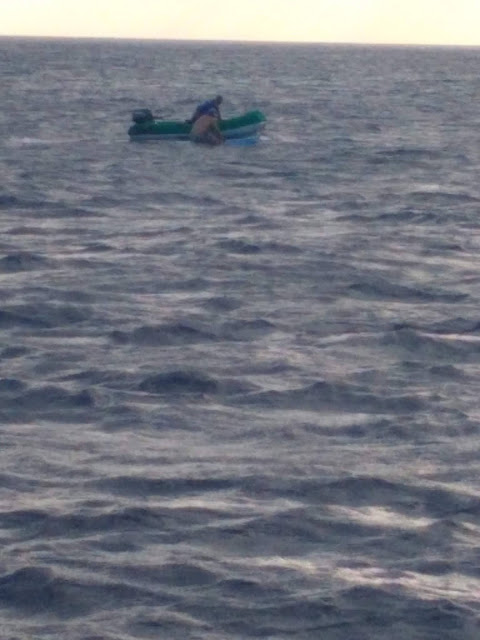 He was very happy to see me, after a short discussion he agreed that it was easier to bring his SUP into the dink with us, rather than towing it behind. 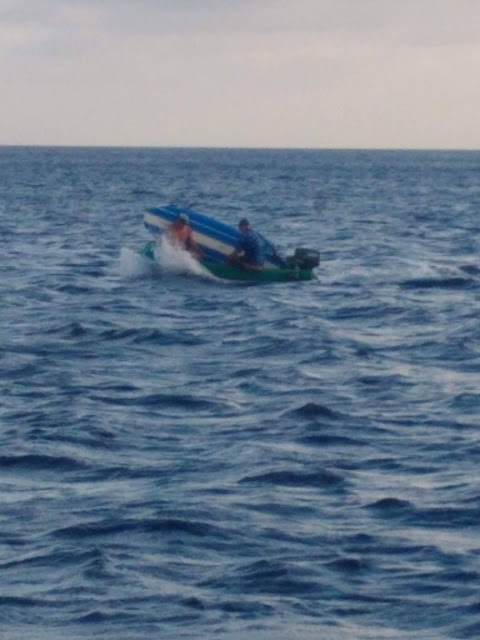 As we headed in he asked if I would mind angling out of our way a bit to go by and tell his wife I would return for her. She was also on a SUP, but she had managed to grab onto a mooring ball so she was nearer to shore, holding on tenaciously. I drove the dink over to her and assured her that I would be back to pick her up as soon as I dropped her husband near shore. Her teeth were chattering in the tropical twilight because she was both exhausted and, it seemed, somewhat in shock.

I convinced her that both paddle boards would not fit in the dinghy and that I would be back in 2 minutes. She relaxed a bit and after thanking me three more times we left her there and I got her husband safely back just outside the breakers and near the beach where he could walk in, pushing his board in front of him. 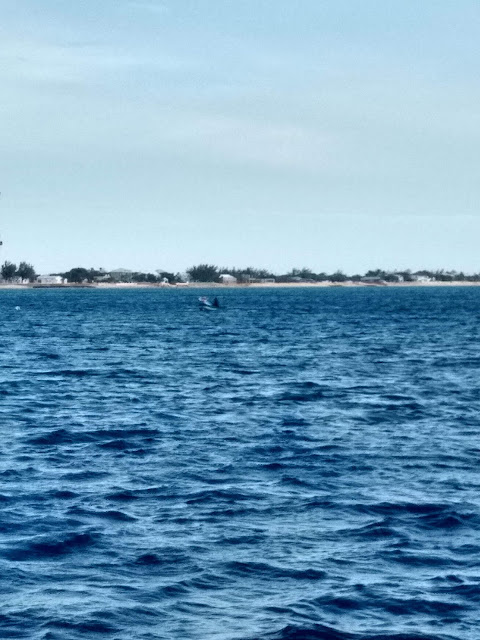 When I got back to her and loaded her and the board into the dinghy she was so anxious in clambering aboard that she kicked out and knocked her SUP into my hand, just missing my face. Once in the dingy she calmed down a bit and literally thanked me several times over all the way to shore. I learned that she and her husband were on a one week vacation from the United States and this was their first try at paddle boarding. Clearly they had little or no experience in judging wind, current, and safe conditions. I tried to make it clear to her that the ocean can swallow you quickly without prior notice and ask who had given them these boards to use without lessons, information or some overview. She said "Oh, my mother-in-law, who you can see waiting at the beach."

The experience left me so glad that Sarah had heard the cry for help. If we had not, how long would it have taken to find a boat to begin searching? I remember now, looking back, the whole time they were thanking me I just kept saying "Someone has rescued my wife and I more than once when our dinghy motor has died, so this was just an opportunity to pay it back." Good karma. Hopefully they will pay it forward.

So glad you were available to help. Almost too bad that the man didn’t say he would take his wife’s position so she could get to sure sooner. It’s always a new escapade with you folks but I love hearing it all

Great work, guys. You might have saved two lives.

Bob's reaction is what I have felt in similar situations—I've been the beneficiary of strangers' goodwill many, many times, so I tend to feel it's just my turn to step up when someone is in need and I can help.

Hope your rescuees retain their gratitude and are ready when someone needs them!

I was also somewhat surprised that the man didn't offer to witch with his wife. Perhaps he was more worn out having to struggle to get back while she was able to rest while holding onto the mooring ball?
Let's hope they pay it forward some day!