Columbus day has taken on a very different feeling from when I was growing up. When I was in elementary school we were taught about Columbus "discovering " America, how he was trying to prove that the world was not flat and we happily made drawings of the Nina, the Pinta and the Santa Maria.

Well, refuting each of these points...
We now know that he didn't discover America,or even the Americas, there were people living there well before he arrived and he wasn't even the first European explorer to arrive there. The shape of the world was well known among the educated in Columbus's time, and the Nina, the Pinta and the Santa Maria probably were not even the names of his boats.The Santa Maria was also known at the time as La Gallega, meaning The Galician. the Nina is now believed to be a nickname for a ship originally called the Santa Clara, and the Pinta was probably also a nickname, though the ship’s real name isn’t known.

Realizing all of this, I was still struck by the differences of the presentation of the history when I visited the Grenadian Historical Museum. 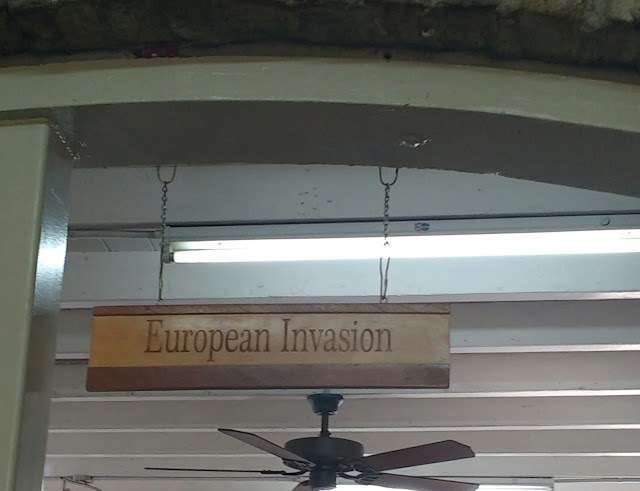 As accurate as that is, I am pretty sure that is not how my teachers presented it to me in elementary school.


The caption on this picture was 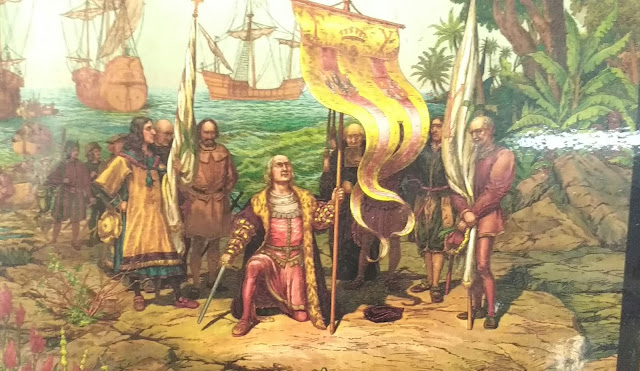 "Christopher Columbus is shown initiating the Invasion of Europeans into the region that was already inhabited by many and diverse groups of people who are later grouped under the term Amerindian." 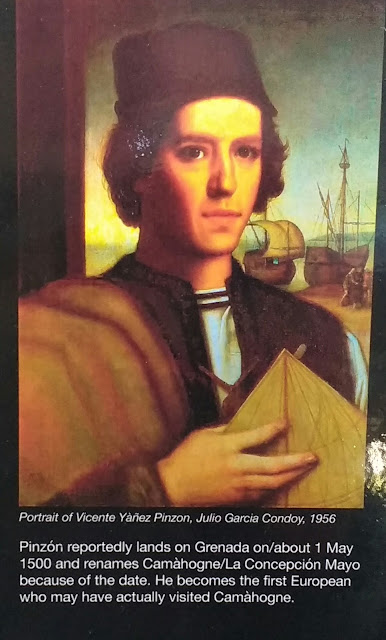 Can you imagine arriving at a new place, with people already living there, and deciding that you have the right to rename it? 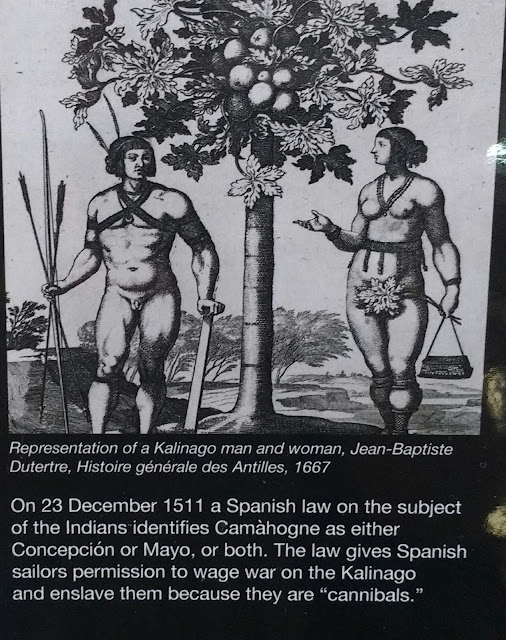 And make new laws for this country saying that it is OK to enslave the people there. 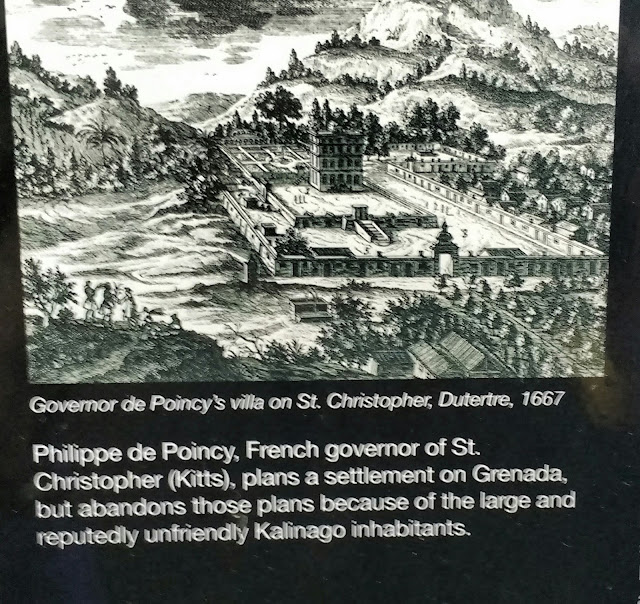 And then are surprised that these people are not friendly just because you called them cannibals and enslaved them.

We should all consider the people on both sides of history. Not the conquerors, not the governments, not the victors, but the people.

Isn't it funny when you find out the stuff they taught you in school was wrong. Growing wiser is such fun.

Being a Brit that landed in the USA, I was often confused why the USA made such a big deal about Columbus. In the British schools, he is labeled as a bit of a buffoon. He thought he was in India and called the islands the West Indies. He didn't realize he was on a different continent. He thought he was in Asia. He was suppose to bring gold back for the Spanish queen who funded his journey but returned empty handed. And, he never set foot in N. America - so - how exactly did he discoverer it? And didn't he sink one of the ships on a reef? I learned to keep my mouth shout as Americans were very opposed to another opinion about their hero.

I also have wondered why Americans celebrate St Patricks day, the patron saint of --- Ireland!

And while on the subject of looking at the "people on both sides of history", what to you think the German kids learn about the first and second world wars in their schools?

Did you know on April 30, Liberation Day, is celebrated in Vietnam when the American imperialists were defeated in 1975. This is in the USA books as the Vietnam War. Most of the world refers to this as the American War.

Welcome to the world outside of the USA.

It is always good to get another perspective on things, no matter what country you are in or from.