Coconut bread on the beach

What a fun way to spend Christmas day, beginning with gathering coconuts and ending with warm coconut bread, fresh off the grill.

The coconuts were lying all around so we had our pick. We looked for brown coconuts, not green. The green ones have more liquid, which is good for drinking, but not enough flesh which is what we needed for the coconut bread.

On the beach was an iron rod filed to a point to facilitate peeling the husk off the coconut. 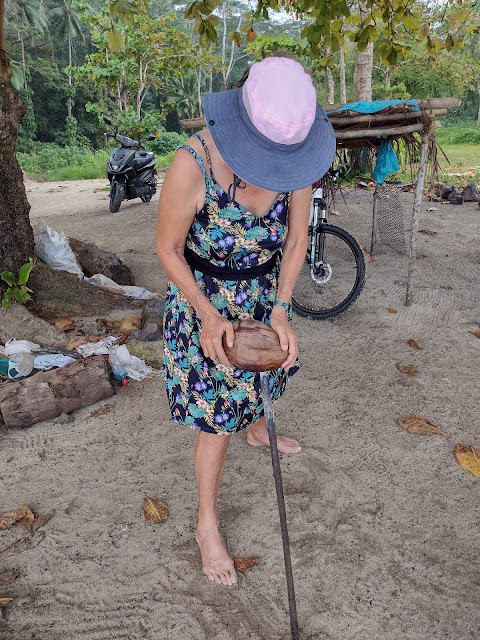 A series of whacks and then you can pull the husk off, being careful to keep your fingers away from the pike, as demonstrated by Florence, our friend, who was sharing this skill with us. 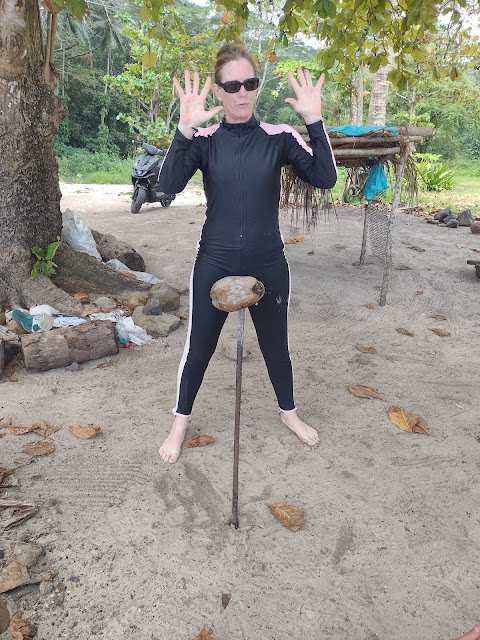 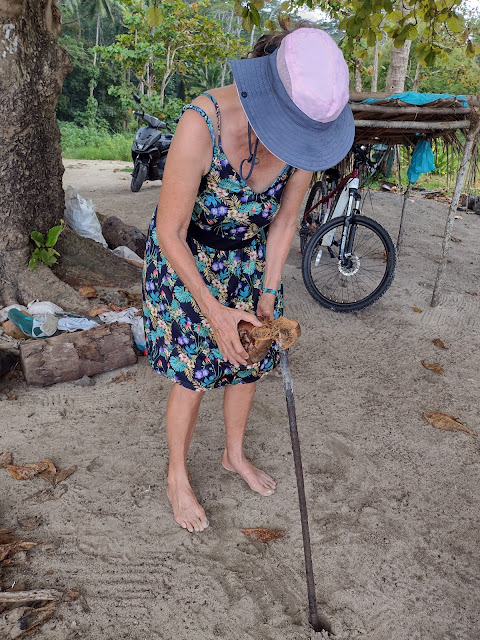 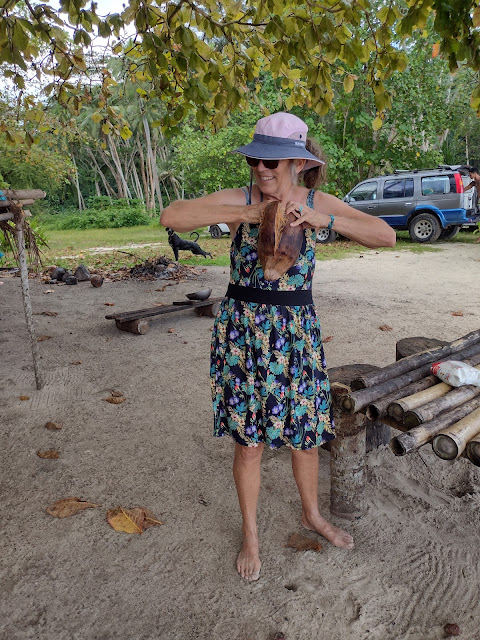 The next step was to crack open the coconut with a machete. 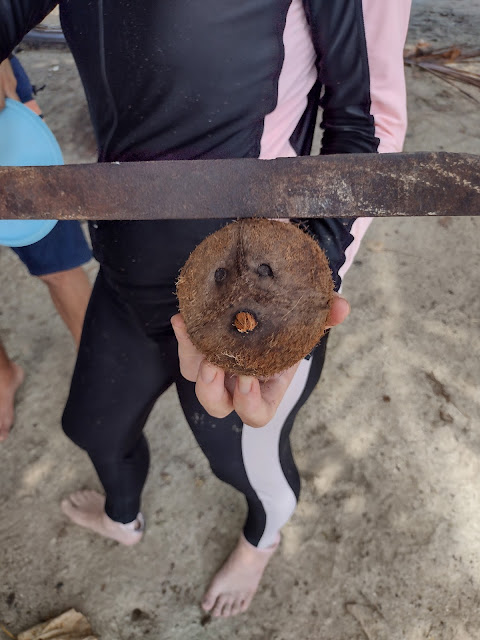 Use the back of the machete, look for the two eyes and the nose, and either whack it hard on the top of the head, or, as I preferred, a series of whacks all around the coconut until the liquid starts coming out. A few more whacks and the coconut is split into two. 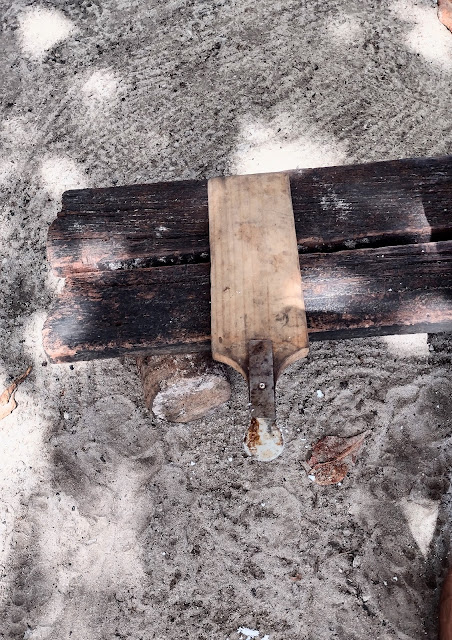 Next we used this board to scrape the coconut out. We sat on the wide board and scraped the coconut half on the round metal scraper on the end. 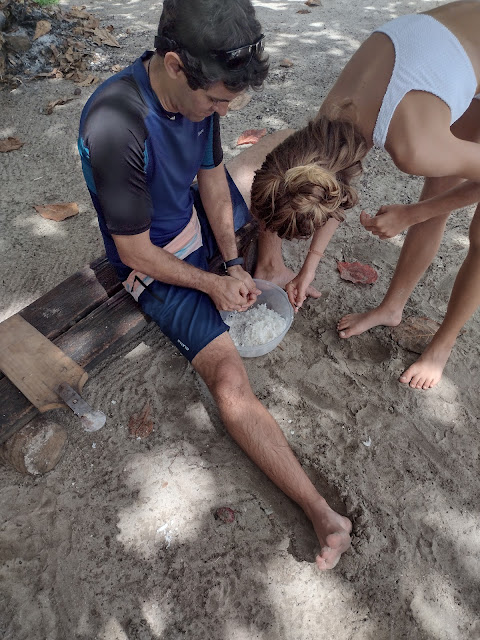 Until you get a nice big bowl of coconut flakes. 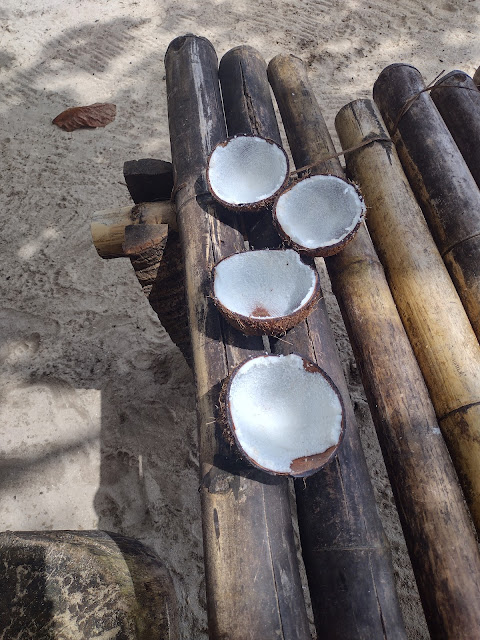 And leftover coconut to munch on.

Next the coconut shavings are placed in a nut bag (like a large tea bag) and the coconut milk is squeezed out. 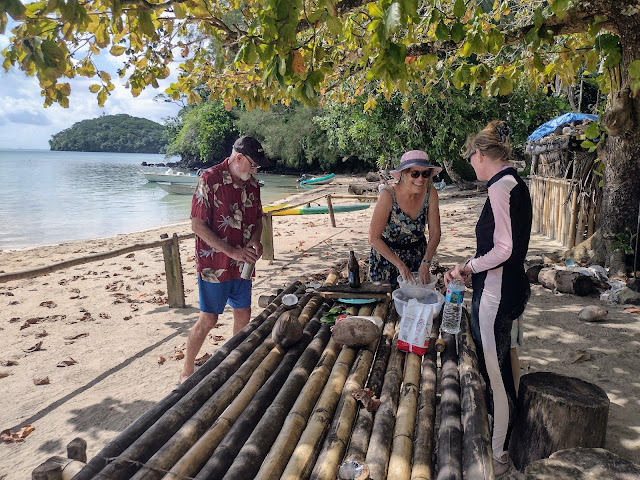 Add self rising flour to the coconut liquid, salt and pepper and water as needed. Mix it all together until it is a solid mass.

We took a short break to go gather leaves from the Beach Hibiscus tree, or Purau. 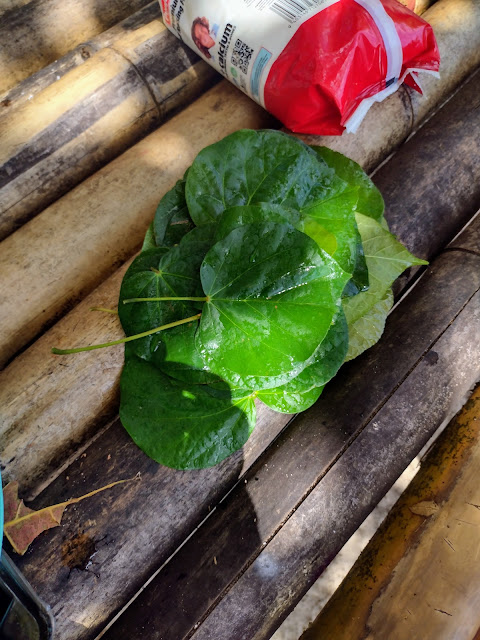 The leaves are used to make a sort of dough  sandwich. 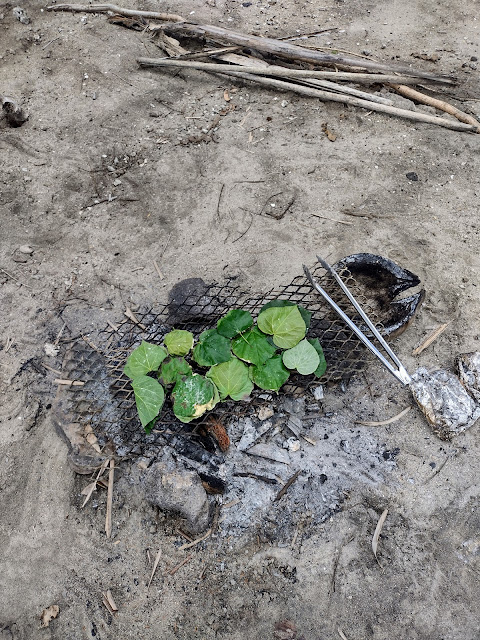 and placed on the grill over the coconut husk fire. 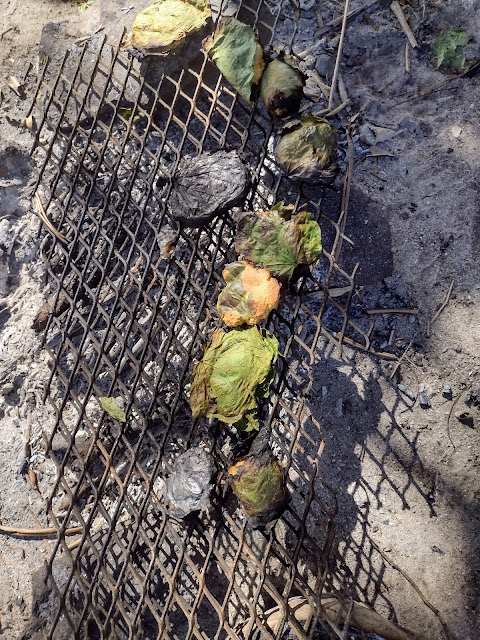 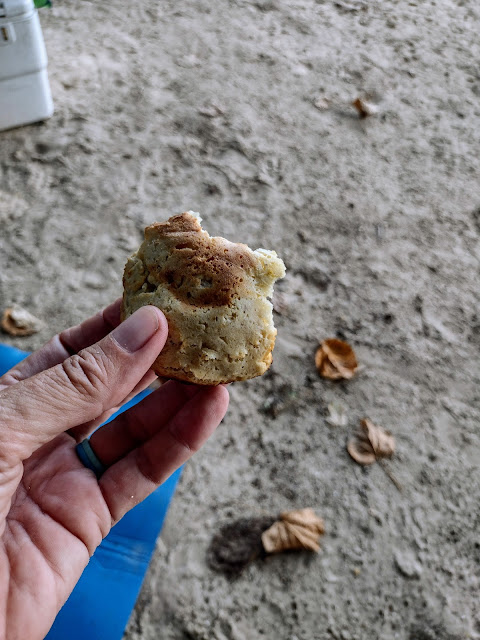 And then thoroughly enjoyed! 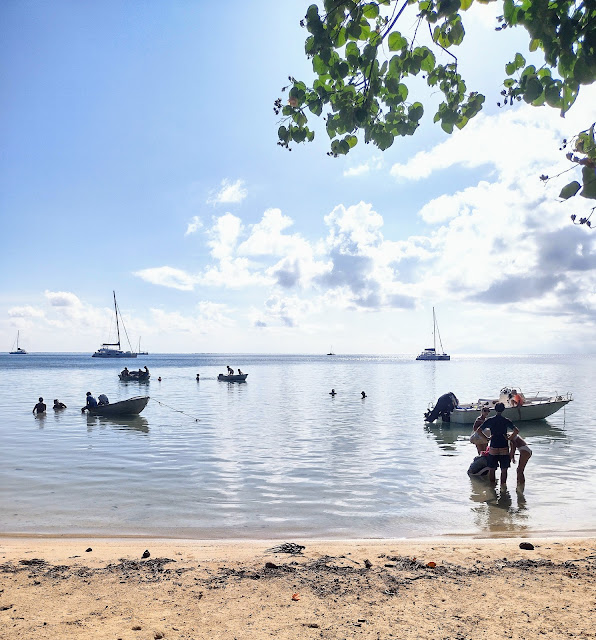 What a great way to spend Christmas Day! I hope yours was enjoyable as well!

And now- the story told in poem form, written by artificial intelligence (AI)

Where coconuts lay waiting for a smile

We searched for brown ones, not green

For they had more flesh, which was keen

With an iron rod sharp as a spear

We stripped off the husk, holding it dear

To our fingers, as Florence showed us how

To avoid the pike, of this we vow

Next came the machete, a fearsome blade

We searched for the eyes, nose, and top of the head

One swift whack or a series of taps

Until the liquid flowed and the coconut snapped

We scraped the insides, on a board so wide

With a round metal scraper, our hands did glide

Until a bowl of flakes we had made

And munching on leftovers, we were not dismayed

The flakes in a nut bag, squeezed to extract

The milk, then mixed with flour and the other specs

Of salt and pepper, water as needed

A dough was formed, our mouths greedy

We took a break to gather some leaves

From the Beach Hibiscus, or Purau, as it cleaves

To the sand, and with them made a dough sandwich

To grill over coconut husk, a fine match

Flipped a few times, and then we could see

The perfect coconut bread, meant just for me

I hope your Christmas was as delightful as mine

Filled with fun, joy, and delicious food that is fine!