Dolphins!
Bob calls down to me. I am down in the front berth trying to get some sleep. It is amazing how quickly I appeared on deck! Bob is up in the bow of the boat watching the dolphins. As I come up the companionway I see two dolphins jumping completely out of the water behind the boat. In my mind I think that they are jumping for joy because they have found a boat to play with! 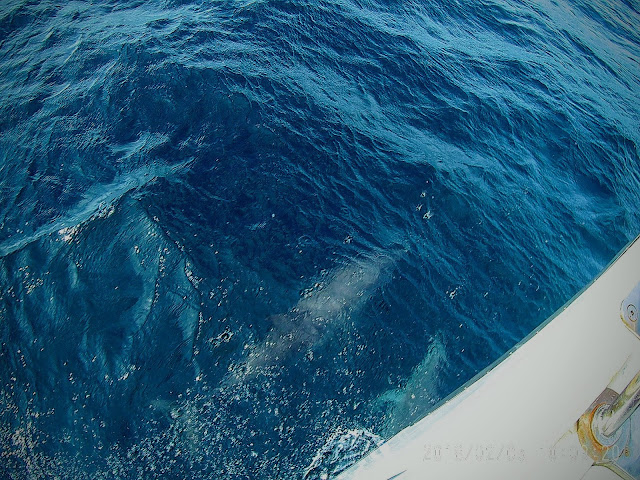 It is such an honor to have the dolphins join us. They choose to join us and seem to have such fun swimming before the boat.

At first it was only a few, and then the numbers grew. We counted over a dozen, meaning there could have been more we just didn't see. After a while it dwindled back down to three, and then none. All in all they stayed with us at least half an hour.

Twisting and turning, jostling for position. Under water, breaking the surface. Always avoiding the boat and each other. Watching us watching them. Gregarious and friendly. So graceful and strong and powerful.

Our passage to Bonaire was smooth. 70 hours and no squalls. We left on Friday morning and arrived on Monday morning, slowing down at the end so that the sun would come up for our arrival. 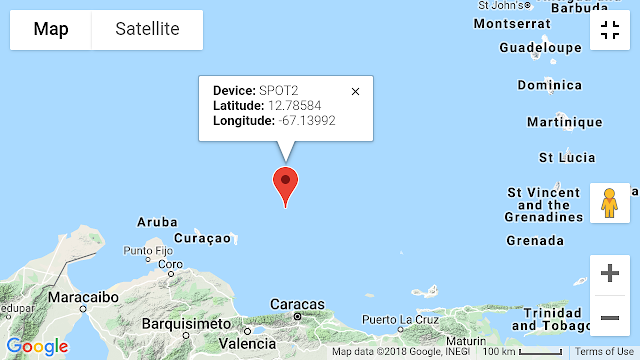 This image is from our SPOT Satellite messenger that we send out to so our progress can be followed. This one prompted my mother to say "You are a red balloon in a sea of blue."

Sitting in the cockpit, gazing around at the blue surrounding us it is impossible to judge how big the ocean is. We sit in the middle of a blue disk. It could be a large lake or a large ocean, all we see is blue. A few cargo  ships passed us, heading to Trinidad or Brazil or Houston, other than that we saw no one else.

I was struck by the notion that this is what many people imagine that our life is like, days upon days, floating out in the ocean, no other people, no other boats. The reality is that this is such a small portion of what we do, and is a means to an end, a way to get to a new destination to meet new people and discover new places. There is a meme currently circulating on Facebook- Sailing, the most expensive way to get somewhere for free! 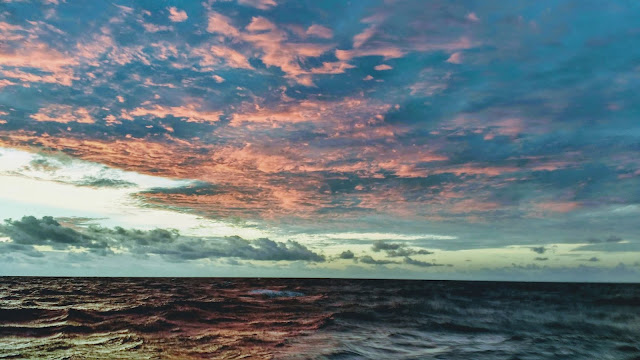