Carnival n. A period of public revelry at a regular time each year.

Revelry n. lively and noisy festivities, especially when these involve drinking a large amount of alcohol.

Most Caribbean islands have Carnival at some time during the year. This is Carnival time in Bonaire. Yesterday the main festivities got a kickoff with the Children's Parade. 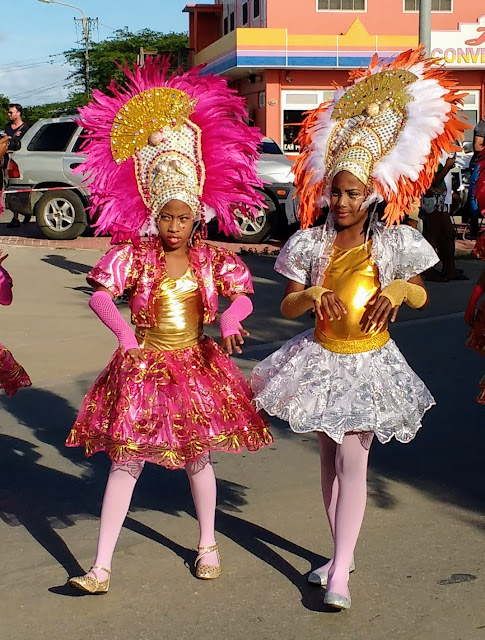 The parade was led by a police van going as slowly as it could, and then pausing. The result was possibly the slowest parade I have ever seen.


Each section of the parade had a different theme. Someone told me that each one represented a different school. 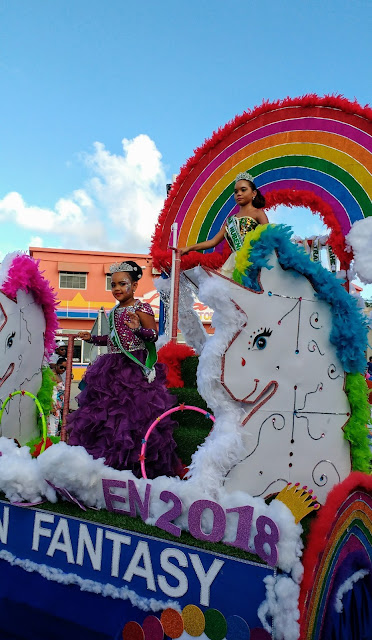 The first float was the rainbow float. I could watch the rainbow getting closer, signalling the beginning of the parade, but it was approaching at a snail's pace! 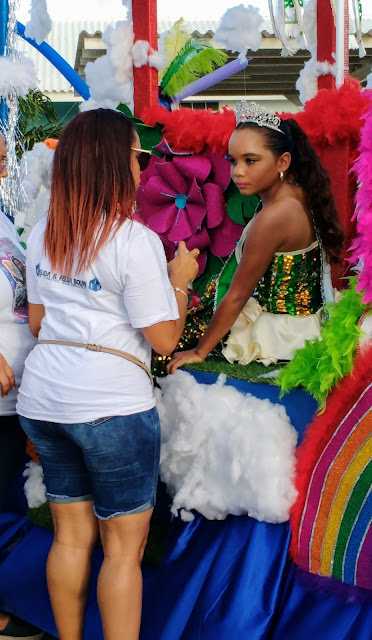 Mid parade there was a pause for redoing the ponytail and reapplying hairspray. 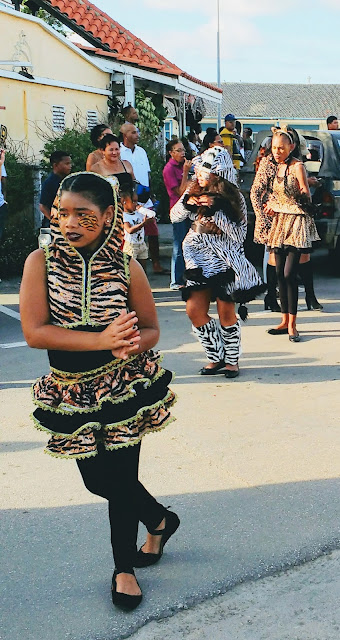 The first group had a safari theme. 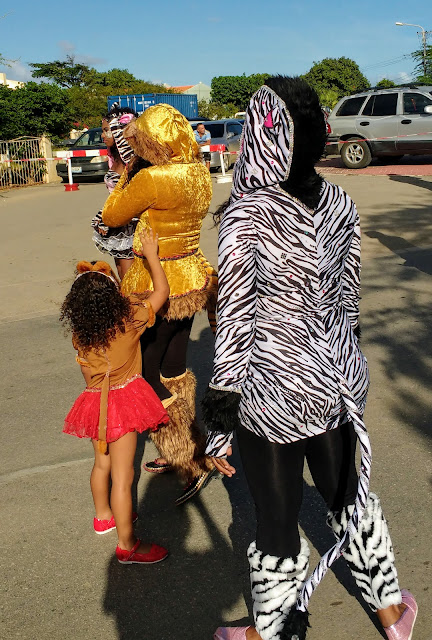 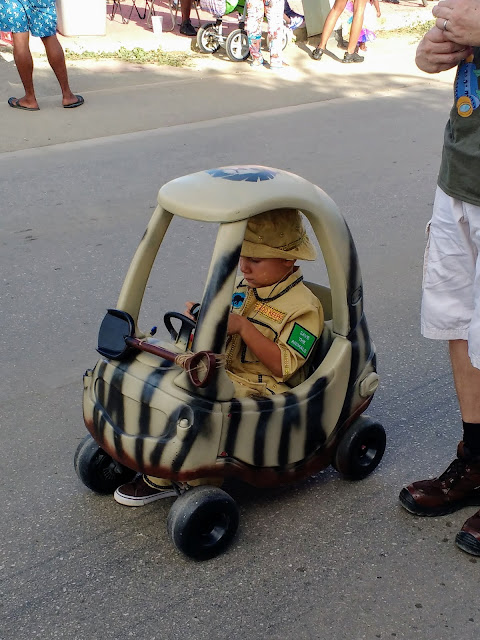 Complete with the zoo keeper.

The other groups were more along the lines of traditional Carnival colors and patterns. 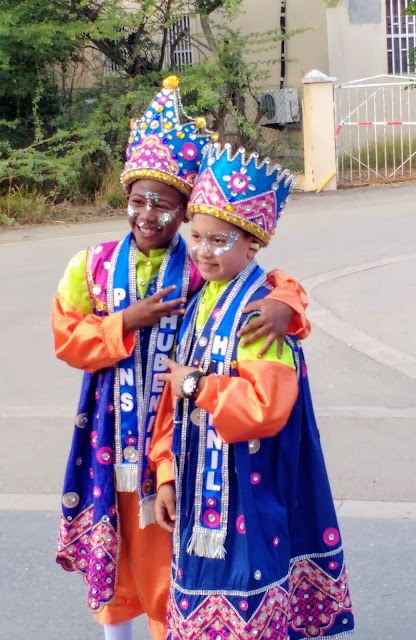 Every group was preceded by their own sound truck complete with chest pounding bass sounds. 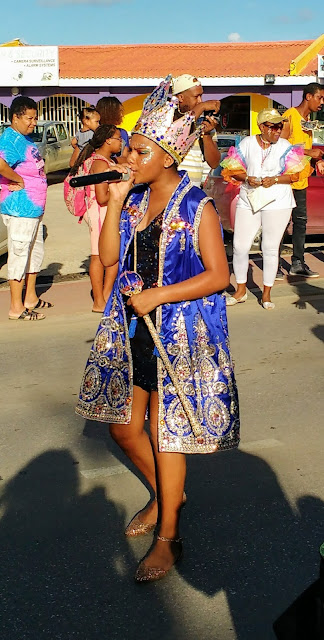 This group had the singer leading the section. 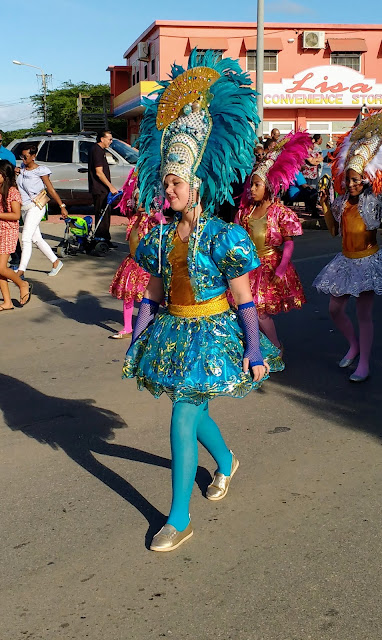 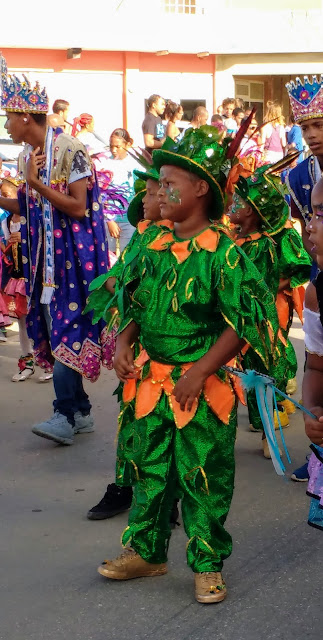 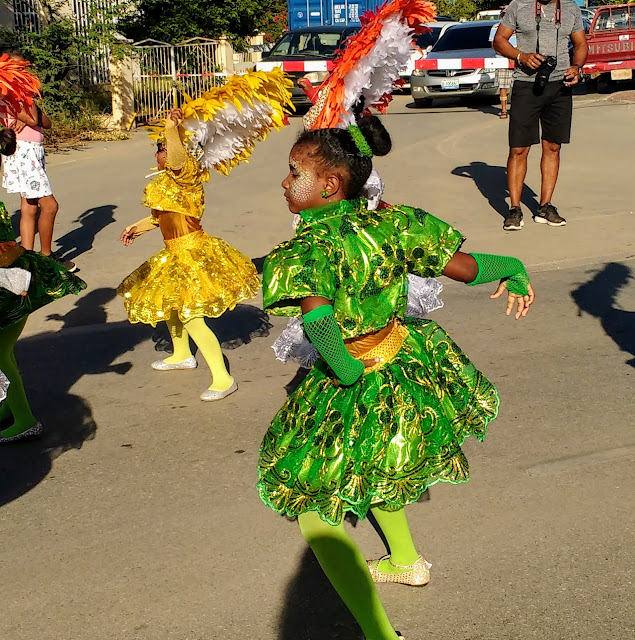 Every group was dancing a choreographed routine. 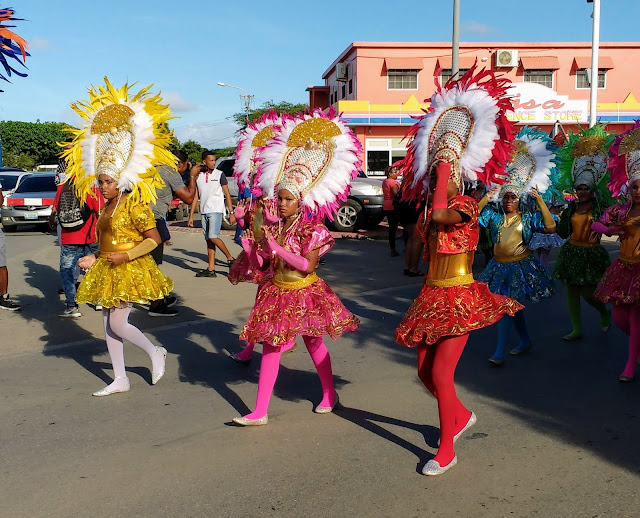 Lots of adjusting of big headdresses. 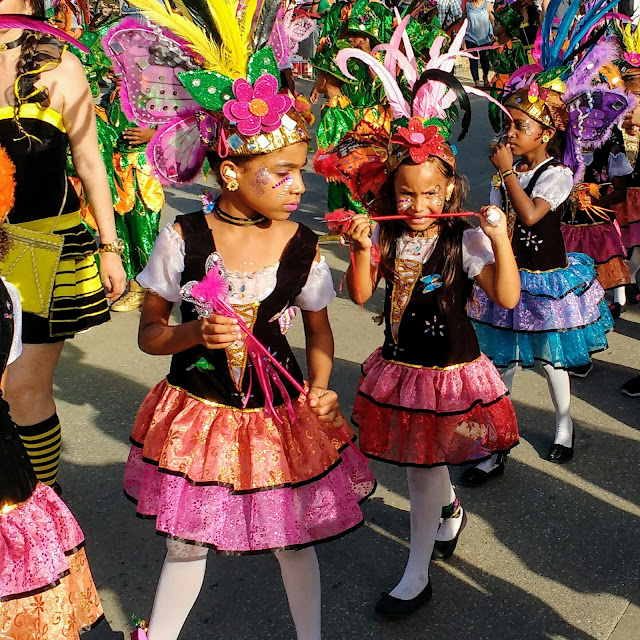 Some even took time for a light snack. 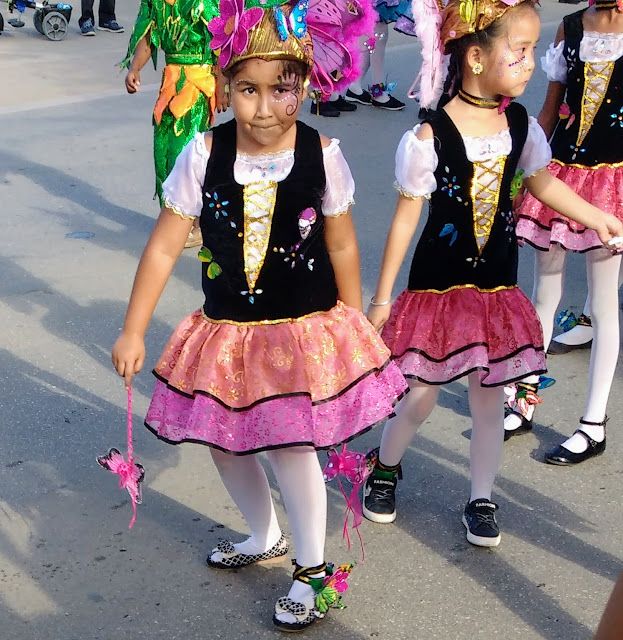 I was particularly enthralled with the youngest participants. 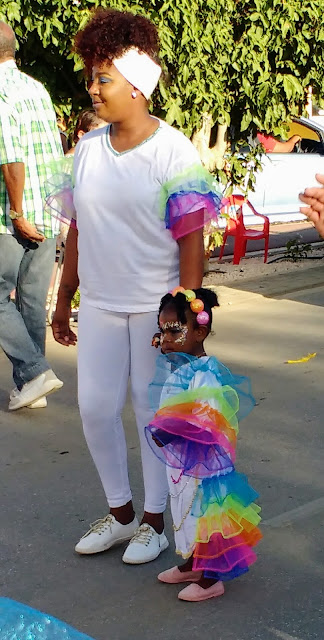 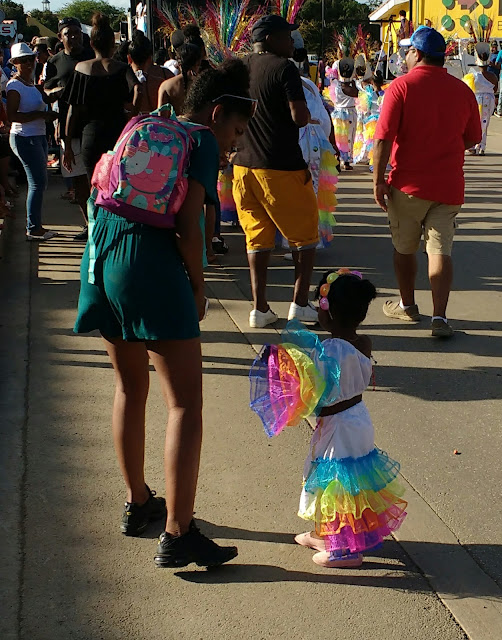 After the parade passed me by I began walking behind it to return to Rhapsody.  Most of the crowd did the same and we became an extension of the parade. Soon I was passing the parade by, due to the slow crawl at which the parade was moving.

Next week, the adult parade.