After watching the children's parade last week I have learned how to watch a parade in Bonaire.

1) If the stated time frame  for the parade is 2 - 6,show up at 4.
2) Find the beginning of the parade by following the loud booming music and walk against the flow toward the back of the parade.
3) When you reach the end of the parade, turn around  and walk in the same direction of the parade.

Following this recipe we got to see the parade twice while walking, as well as a third viewing from a stationary position. 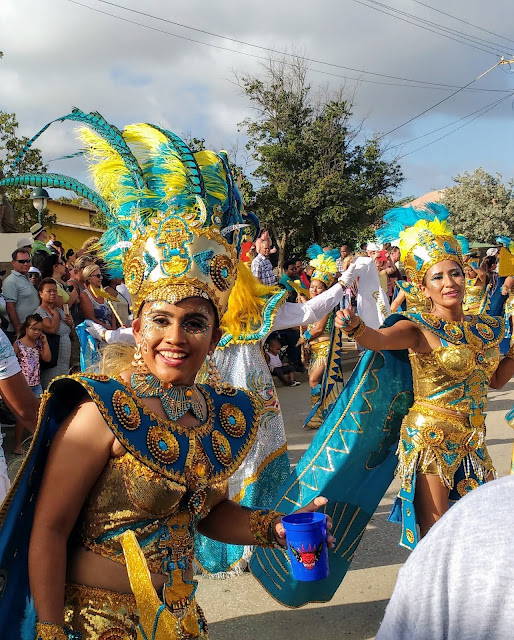 The costumes were fabulous 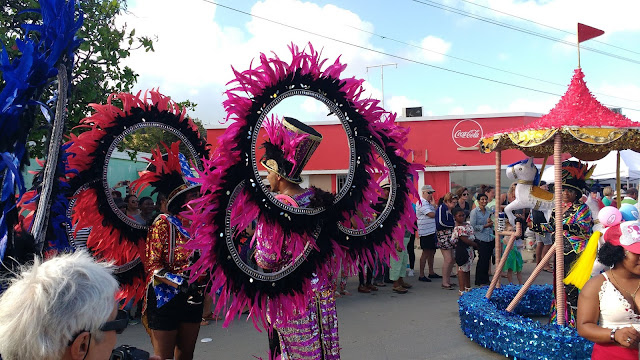 Although sometimes a bit unwieldy. 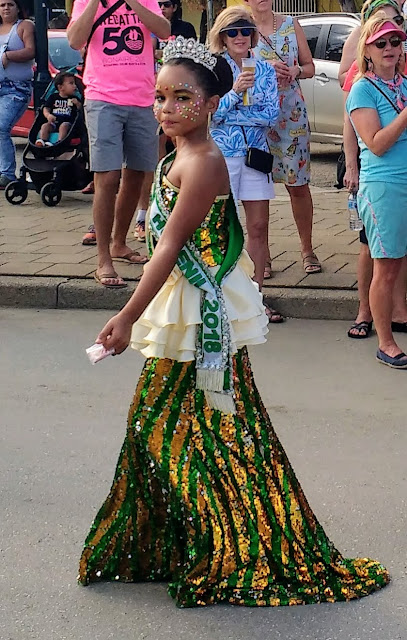 Some of the faces were familiar from the children's parade. This is the same girl that was on the first float, and was getting a mid parade hair touch-up. She has such poise and beauty she is fun to watch.

Music and dancing were everywhere, and as the parade progressed more and more of the audience joined in. Notice that almost every participant has a glass of something in their hand. 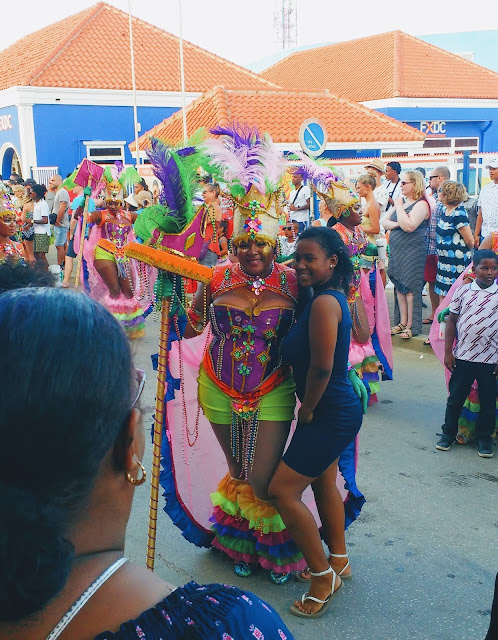 One of the reasons the parade moved so slowly was the photo-ops. 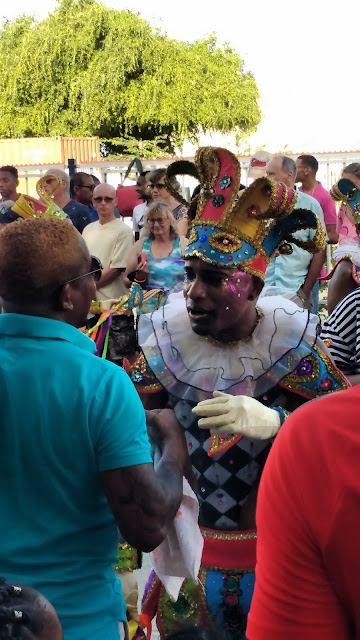 Taking the time to greet friends and neighbors 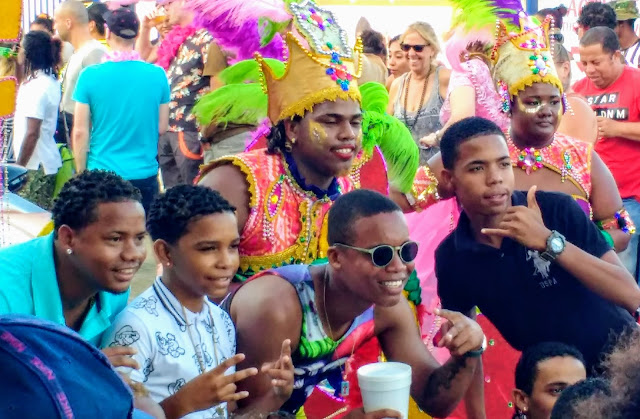 Or stage those group shots!

Almost as much fun as watching the parade was the people watching. 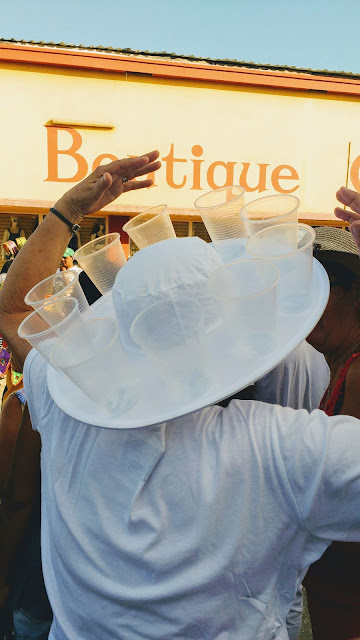 As a side note it was interesting to see many people dressed in camo clothes. 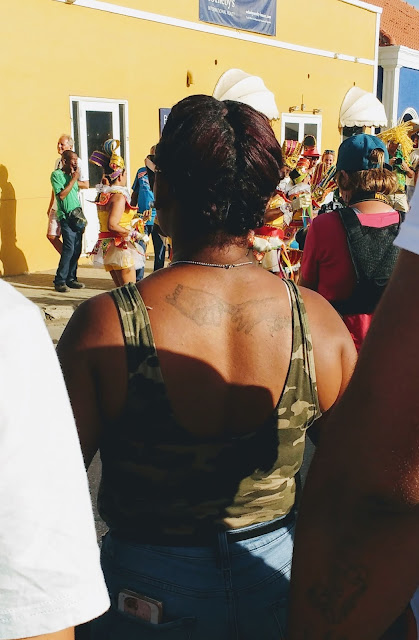 In Grenada camo in any form or color is illegal to wear. Different countries,  different rules!