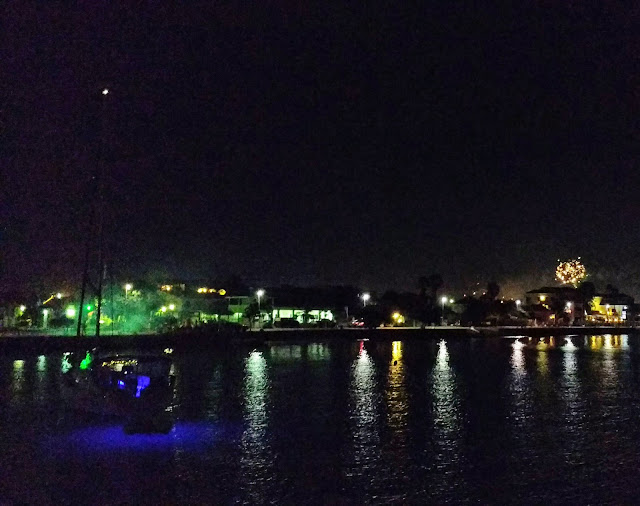 Celebrating the New Year in Bonaire starts early. After Christmas day there is Second Christmas (December 26th),  and then the ramping up to New Year's begins. It began with a few firecrackers here and there, and the occasional firework display. Each day there were more and more. Some were benign, some were disturbing. The day before New Year's Eve we watched as several young men were hurling small bombs into the water and causing an explosion of water as they went off. It reminded me of dynamite fishing and I knew that the fish in the area were suffering.

New Year's Eve day was filled with noise. Sitting on Rhapsody it sounded as if we were in a war zone with shots going off semi continuously. We joined some friends for dinner and they described a scene that we had just (thankfully) missed. The entire street beside the outdoor restaurant was filled with firecrackers going off, some going under the parked cars, and those people in the restaurant had to flee to a safer area.  I had heard that the businesses demonstrate the success of their year by the number of firecrackers they set off. Apparently many of the businesses had a very good year!

There appears to be no age limit on either buying the fireworks or setting them off. This young child was being encouraged by his father to set off the bottle rockets. Notice the proximity of the restaurant tables. 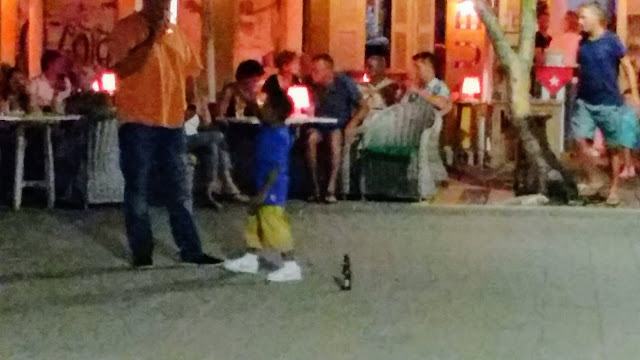 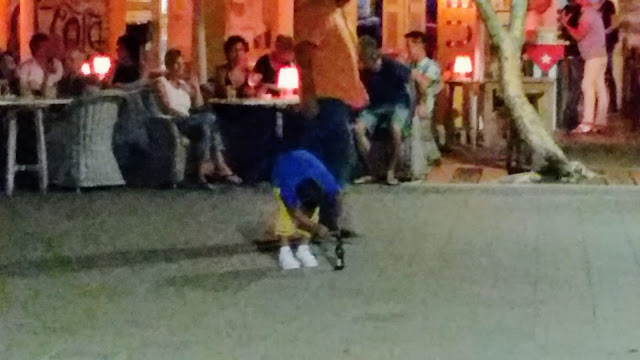 After dinner headed back to Out-rageous, a friend's catamaran, wending our way around the various fireworks being set off. The thinking was that we would have a wider view from the boat, as well as a safer vantage point.

The show began to really ramp up about 11:45. From the catamaran we could see up and down the coast of Bonaire approximately 6 or 7 miles.

The number of individual displays was astounding, and it just kept going and going.  There were 25 or more colorful firework displays shooting simultaneously into the sky. The sound was overwhelming and we were unsure which way to look to see the best show. An impressive display would go off to our left, and before it was done there was an equally impressive display to our right, and then another in a different direction. Some were quite close and others were varying distances up and down the coast.

When you go to a professional fireworks show there is a definite beginning, a middle, and then the grand finale, everyone claps and goes home. When there are so many individual shows there is no specific ending. The multitude of explosions continued for about 45 minutes before it began to fade, but throughout the night we could hear more displays going off. I have never experienced a fireworks show like this. The amount of fireworks per capita was astounding. People must save up all year to contribute their share of the beauty and the noise.

The aftermath: The morning was quiet, for a while, but Rhapsody was covered in ashes and firework debris. The screens on our hatches had caught several cardboard bits that would have fallen on our bed had the screens not been there.

Off for the morning swim and we are greeted by the first turtle of the year. 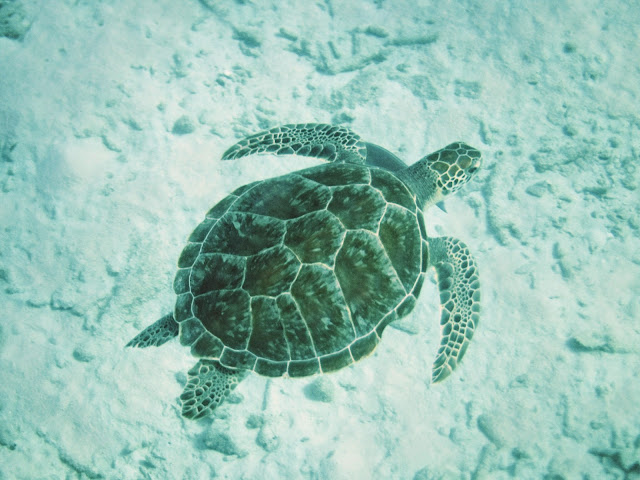 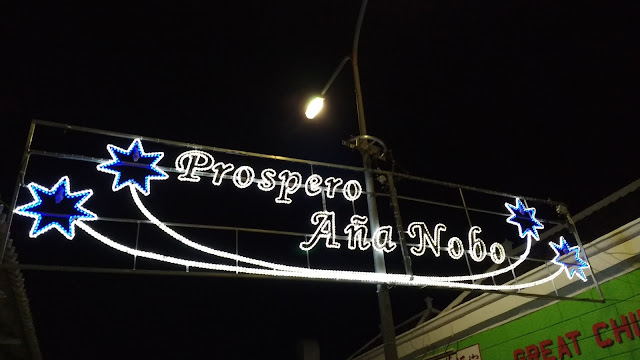