What a grand way to experience Santa in a different culture. This morning Sinterklaas arrived in Bonaire. The traditional story is that he arrives by boat from Spain (slightly more plausible if you are in Europe ) with his companions Zwarte Piet (Black Pete), disembarks and gets on his white horse and rides through the town. Bonaire has put its own twists on the story. Shortly before 9 this morning two tugboats appeared in the bay, water cannons firing. 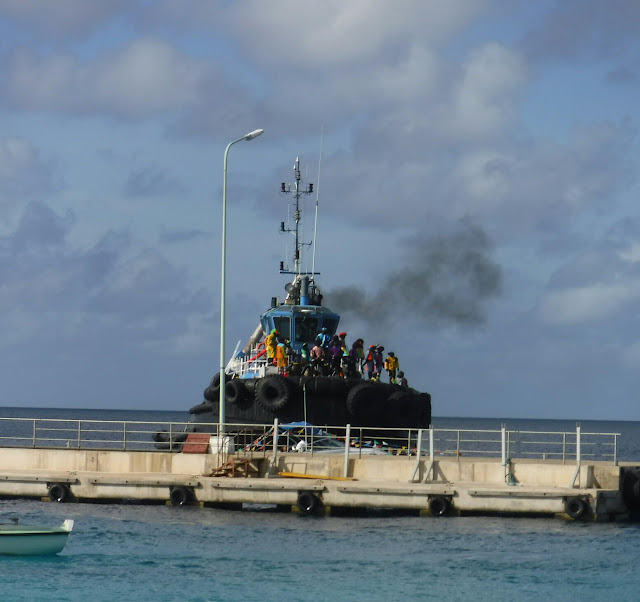 When they arrived at the main pier they both made three turns in place, drums playing and the Zwarte Piet dancing. 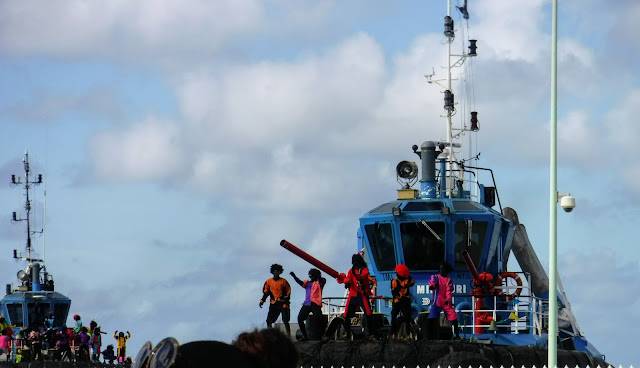 They were very obviously enjoying themselves. 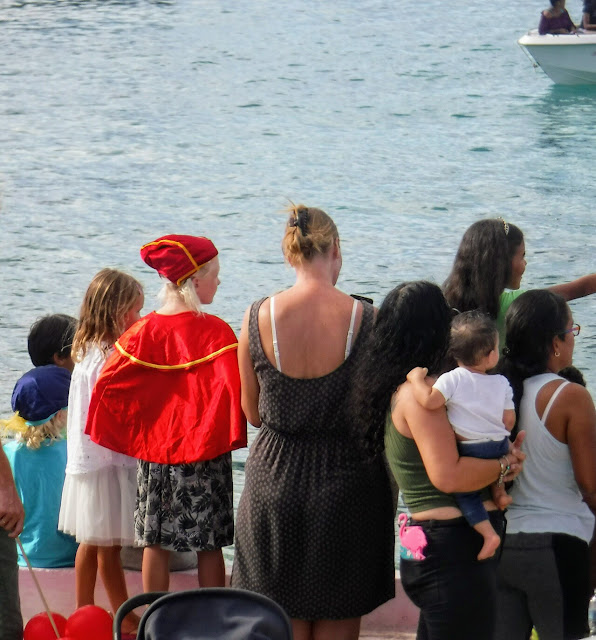 The roads were filled with children awaiting the arrival.  Many were dressed up as either Sinterklaas 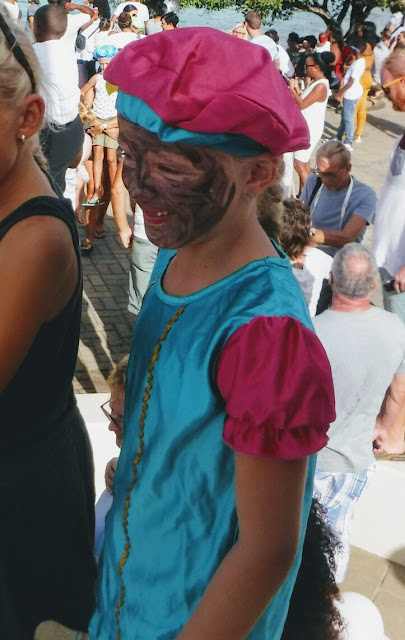 Or versions of Zwarte Piet. Apparently there have been many a discussion about the racial overtones of the blackface of the Zwarte Piet with some now changing the story to say the black is from the chimney soot as they are the ones who go down the chimney to deliver the toys. 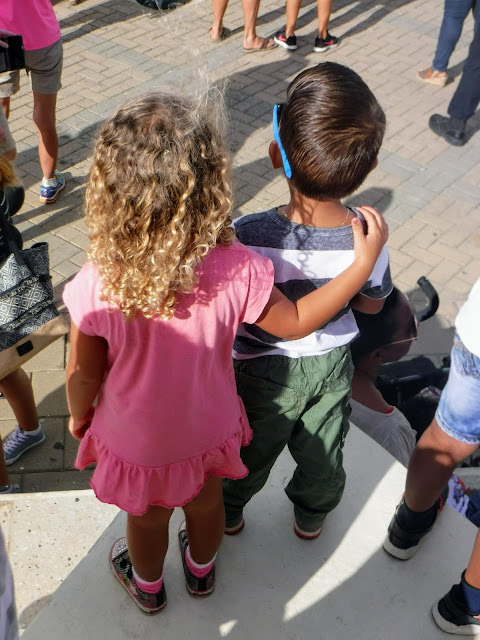 Loved this display of affection! 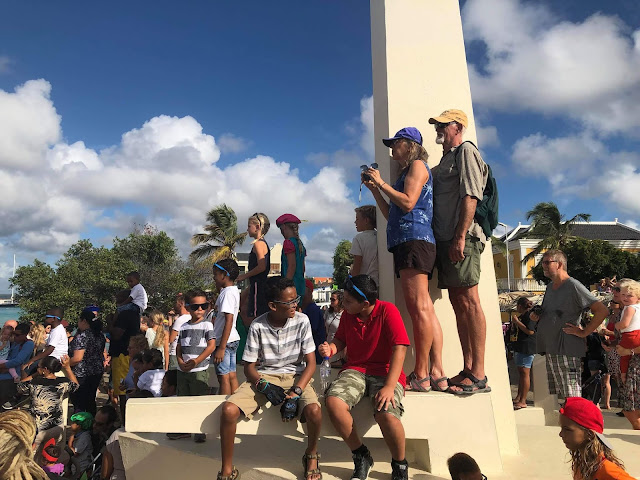 We found a great spot to observe the arrival, carefully avoiding blocking any children. (Photo credit to Ziggy MacKenzie ) 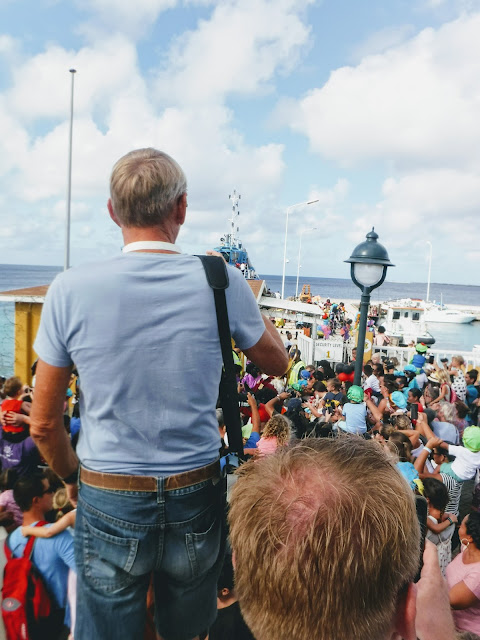 Until this guy came and stood right in front of me and ignored my requests for him to move slightly to one side. (More on him later!) 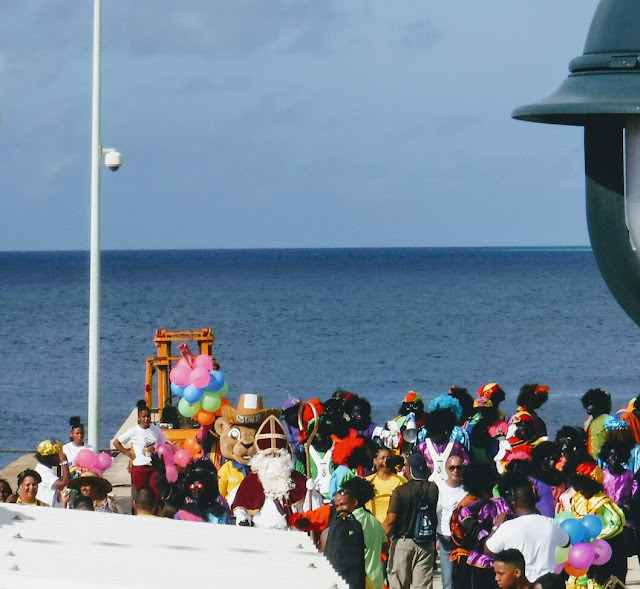 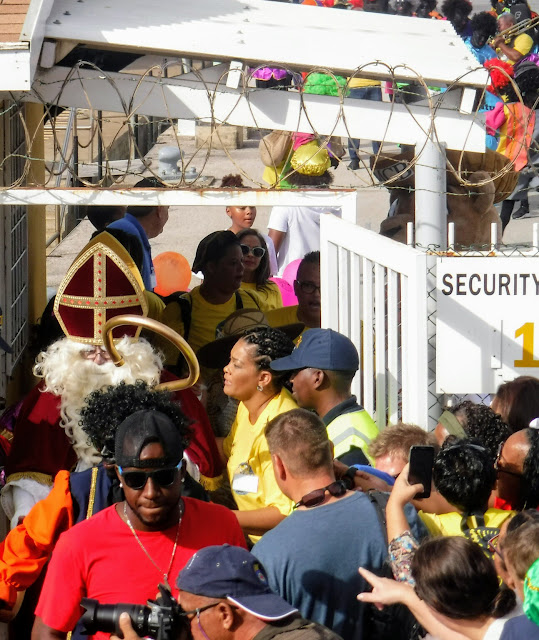 And made his way through security. ..It seemed pretty easy for someone coming all the way from Spain! 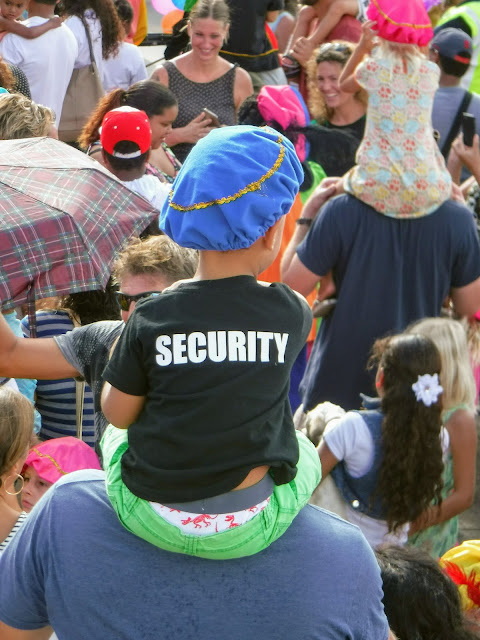 Luckily there were special Security forces on duty. With official dinosaur  underwear. 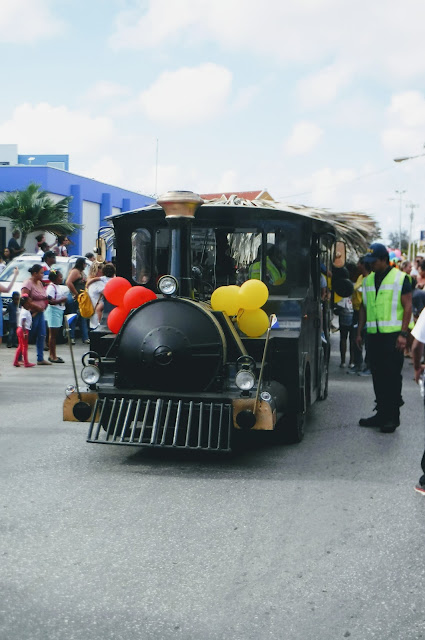 The Bonarian version of the white horse for Sinterklaas is the black train. 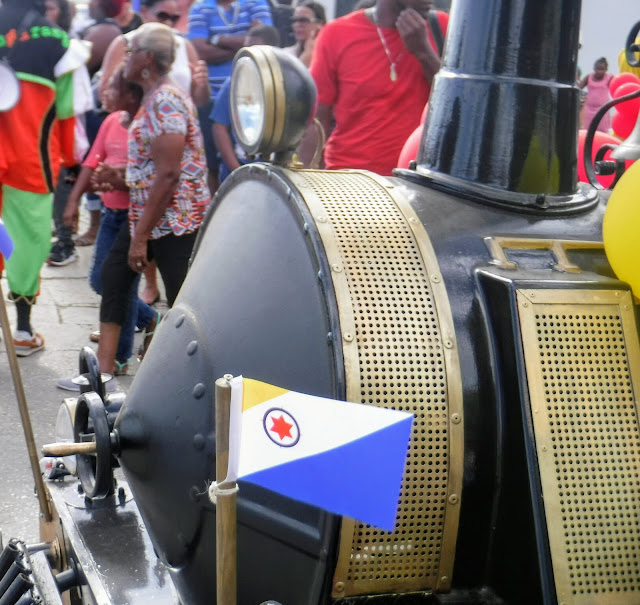 Complete with the Bonaire flag. 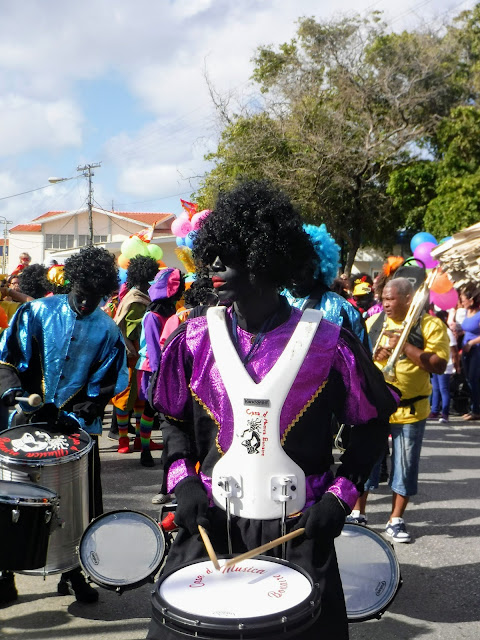 The parade continued through town... 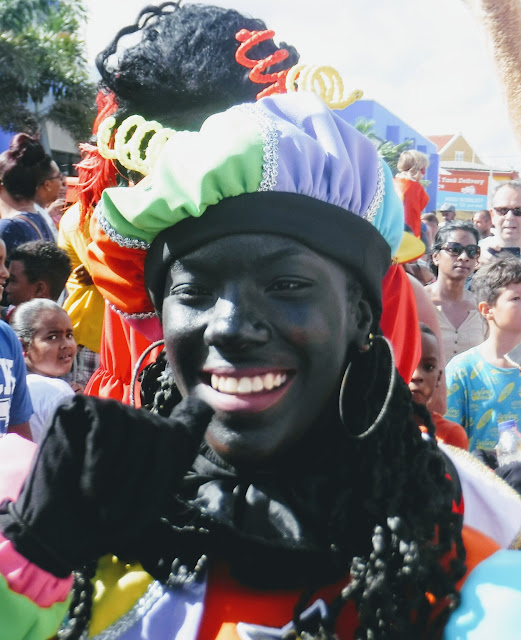 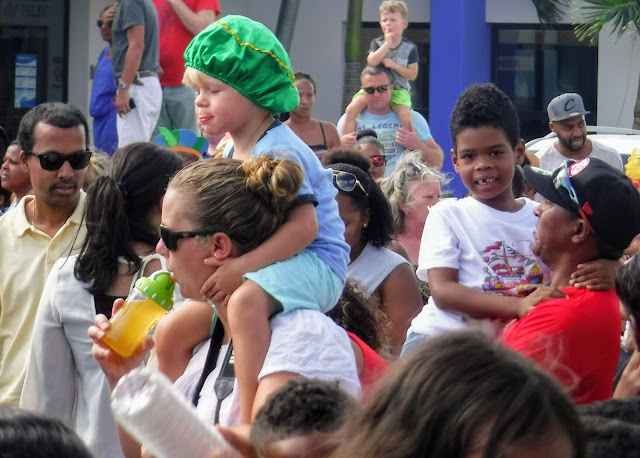 Kids of all ages 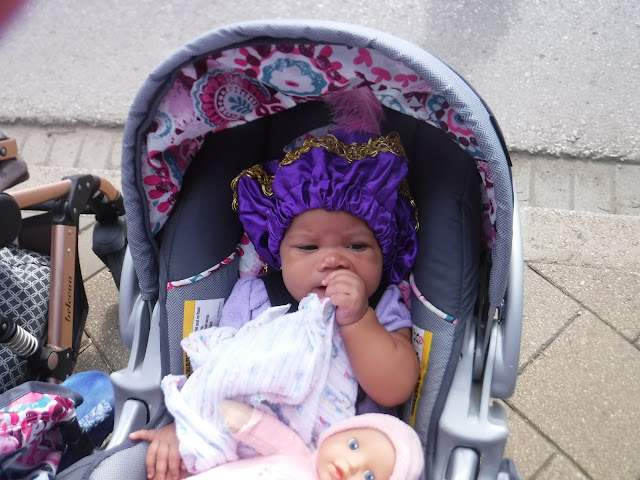 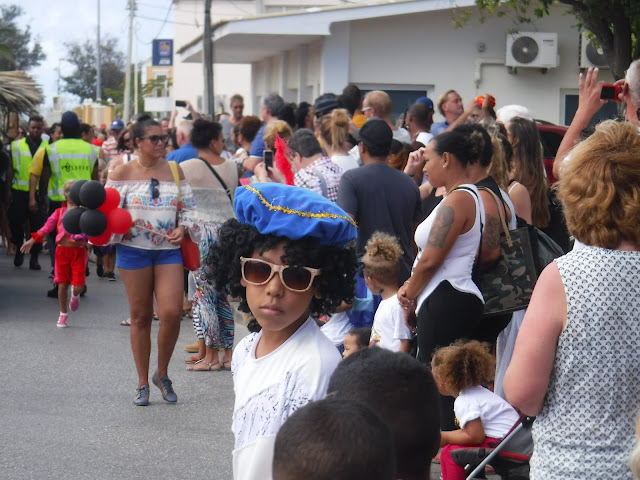 Even those who are trying to be cool. 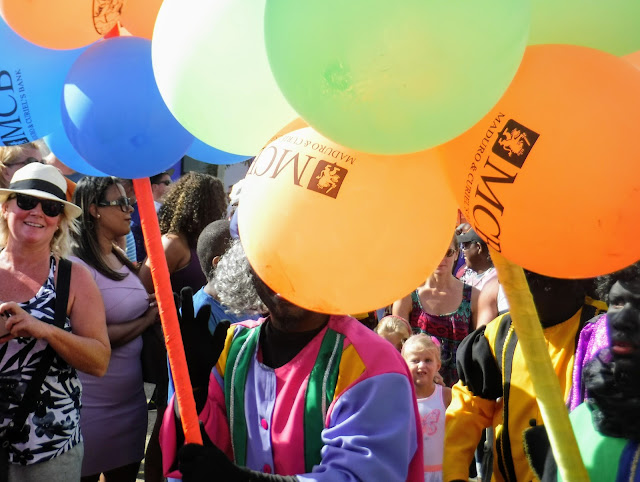 As I took this photo I was frustrated with the fact that the balloons got in the way. It wasn't until I was reviewing the photos later that I saw my friend Ziggy was there on the left. I hadn't realized that she was near me at that point of the parade. Photobombing! 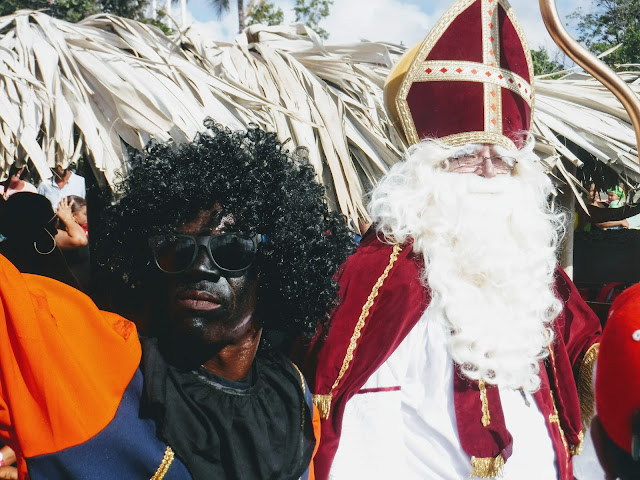 At the end of the parade Sinterklaas left the train, accompanied by a Zwarte Piet, and went down a path to the children's carnival area, at which point we decided to depart. 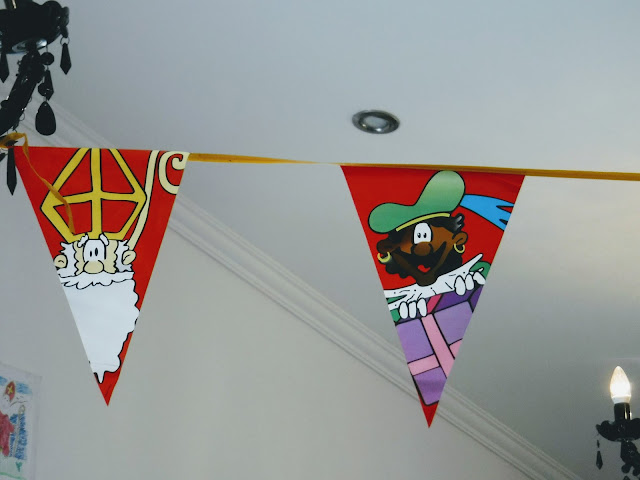 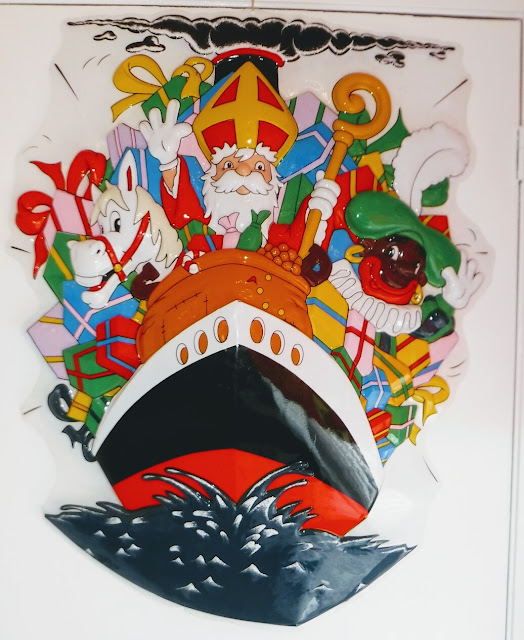 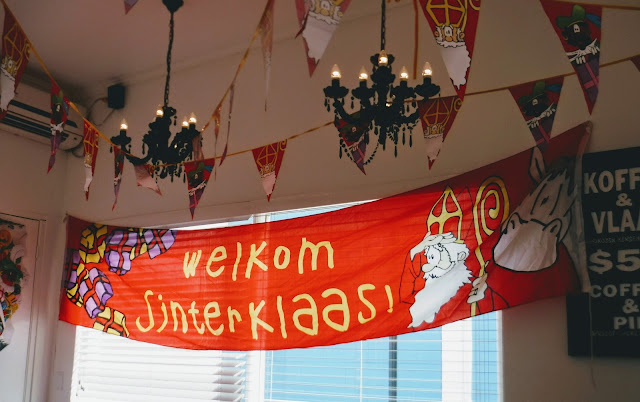 The Christmas season has begun in Bonaire with more festivities to follow.