Where the heck are we?

If you are not sure exactly where that is, let me help you place it on the map. 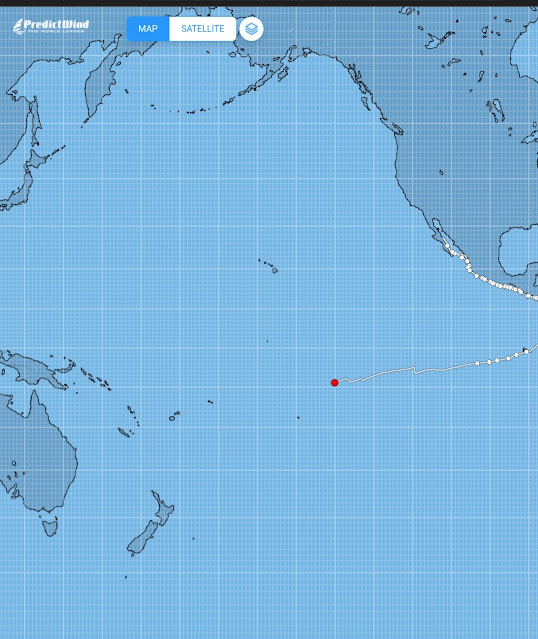 French Polynesia is both an overseas collectivity of France and its own country. It comprises more than 100 islands, and stretches for more than 2,000 km (more than 1200 miles). It is approximately halfway between California and New Zealand. 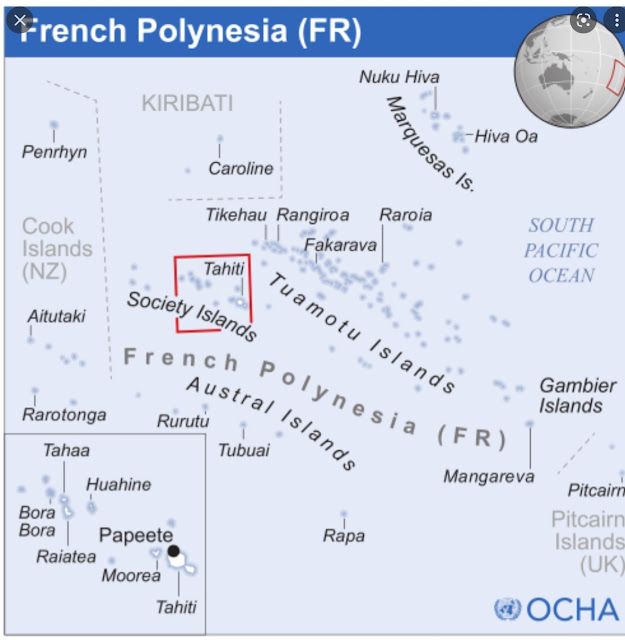 The Marquesas are one of five groups of islands in French Polynesia.  The most well known of these groups are the Society Islands which include Tahiti, Bora Bora, and Moorea, the islands that most people think of when they hear French Polynesia. The other groupings are the Astral Islands, the Gambiers and the Tuamotus. 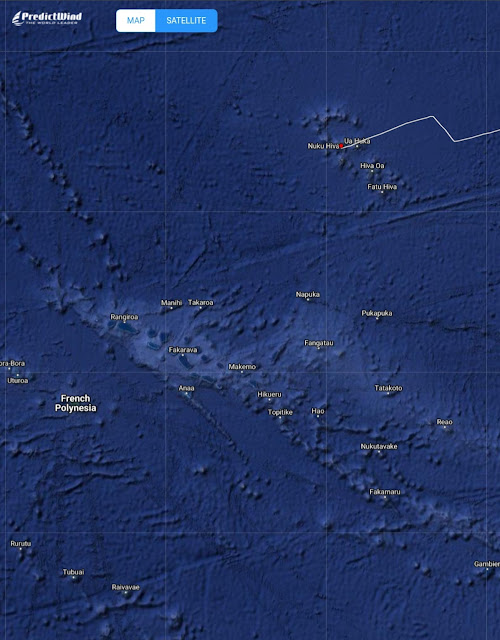 The Tuamotus show up much more clearly on a satellite map. They are very low lying, and very spread out across the ocean. 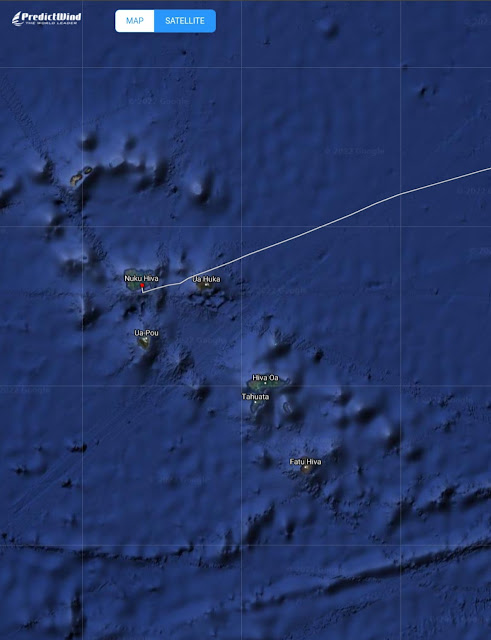 Nuku Hiva is the largest of the islands in the Marquesas,  and at the time that we left the Galapagos Islands it was the only place in the Marquesas that we were allowed to officially check in to the country.  This restriction was removed while we were mid passage. We checked into Nuku Hiva anyway. Area: 131 sq miles, 339 sq km. Population 2951 (2017)

Nuku Hiva was the setting for Herman Melville's first book, Typee. There is an interesting (and short) write up about Typee here. 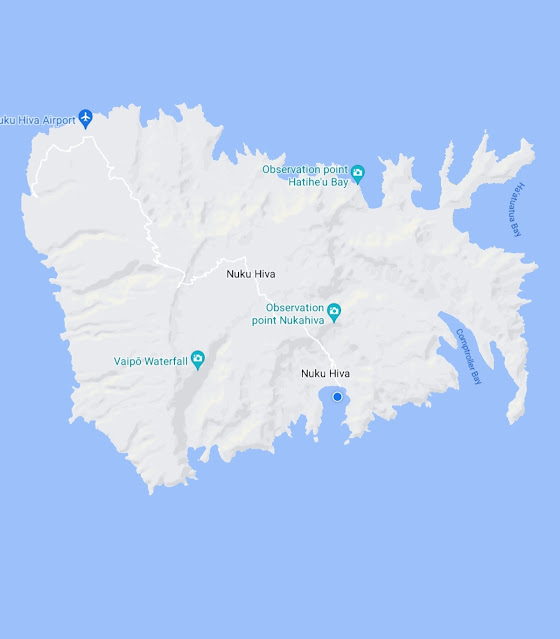 We are located in the south of Nuku Hiva, and have much of the island yet to explore. 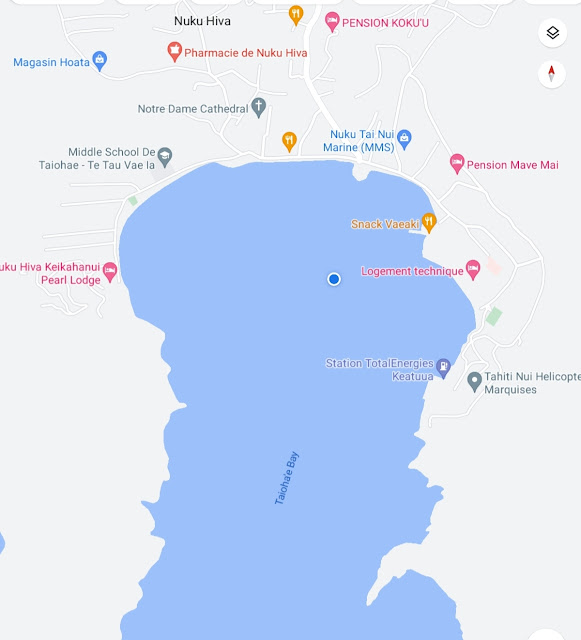 Taioha'e Bay is our home for a while while we recover from the passage, make some necessary repairs and plan our next moves.

So now you know. Thus ends your geography lesson for the day.

Thanks for sharing. I love to learn that those small dots on a map are real places with their own history, beauty, and people. Bravo to you guys for exploring the world!

I love to be able to experience them, it really helps my geographical knowledge!