What a Difference a Bay Makes

One day later and we are tucked into a quiet bay, layers of clothing are being shed, the water is so calm and quiet we can hear people talking on shore 300 yards away. Santa Rosalia was windy and cold, Bahia Concepcion is quiet and warmer. We still have not been swimming, it is not quite that warm, but it is close. 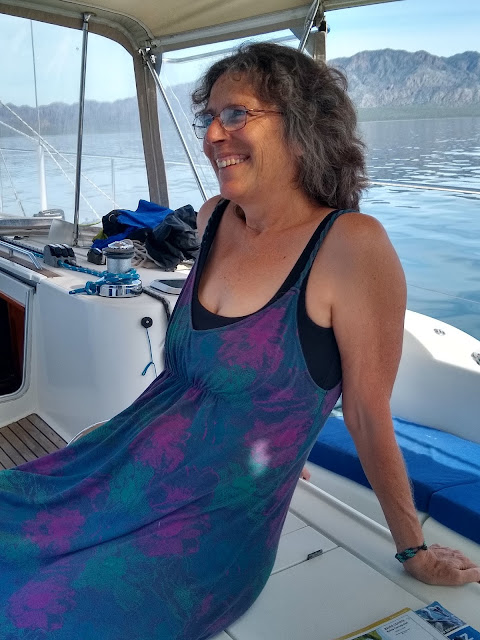 Entering into the Bay we were greeted by dolphins and Mobula Rays. The rays are fun to watch because they fling themselves out of the water, wing-like fins flapping, five or six feet in the air, sometimes doing flips along the way, and then they flop back into the water. Scientists apparently don't know exactly why they to this, whether it is part of mating, ridding themselves of parasites, or just plain fun! 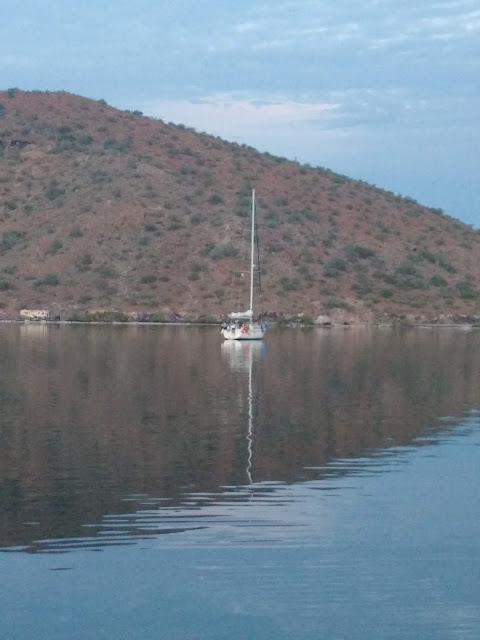 We are in a two lobed bay. There are a half dozen boats in the lobe we are in and another half dozen in the other. Half of the boats here seem to be as long term as the RVers on shore. The boaters have several dinghies, cars on shore, they are set to stay. For someone choosing to stay here they really do need to have a car. There are two small restaurants on the beach, but no stores so to get supplies you need to drive or hitch a ride up to Mulege, the next town north of here, about 10-15 miles up the road.

Highway One is right next to the beach and occasionally we can hear the trucks air braking down the hill. The beach is lined with RVs and their long term occupants. At $10 a night there are definitely people here for the long haul. Wind breaks surrounding living and kitchen areas, bookcases set up. Christmas lights strung on found objects, driftwood, shells, and animal skeletons. Trailers that have hauled the four wheelers down from the States have been turned into another living area.

There is no cell service here, and the only internet comes from WiFi at one of the restaurants. You can buy an hour of access for 30 pesos, or about $1.50. That is, if the sun is out. The computer supplying the internet is run on solar power, and on cloudy days apparently it does not get enough power to run the WiFi. We have not tried it, just relying on the Sat phone (Iridium Go!) to give us weather and texts from friends and family. Full-blown internet will have to wait until we are out of the bay. 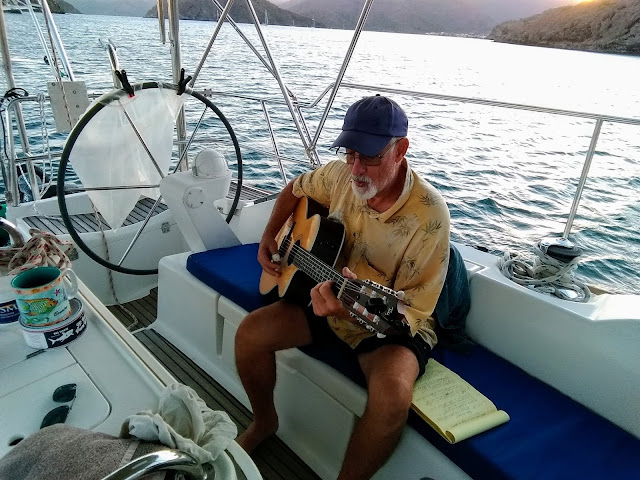 We are enjoying being warmer again, until we leave this bay and the next norther blows down. Our choices of traveling and future anchorages will all be determined by the weather and our desire to stay in the warmer temperatures. Another norther is due to start blowing in a few days, so we will be finding another bay to tuck into and attempt to keep ourselves warmer and happier.