For the time being we have finished our waiting, repairs and upgrades and we are on our own to explore. It is very liberating and we are enjoying the freedom. Diving and hiking in Guadeloupe, both on the main island and in Iles des Saintes, the group of islands at the most southern point of Guadeloupe. 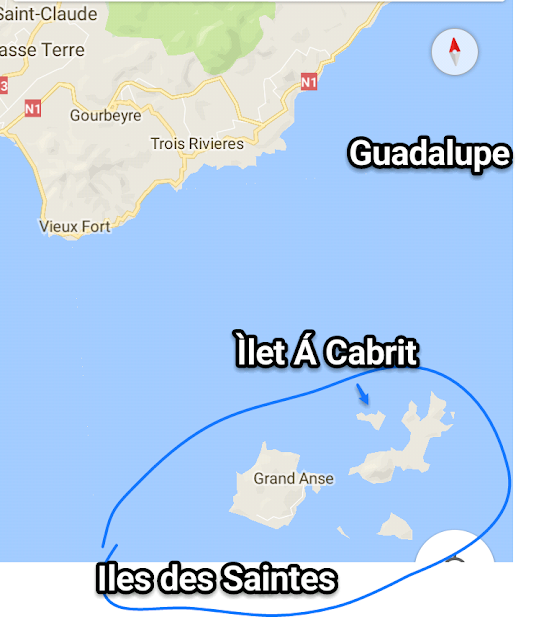 The water is clear and inviting. If  you look down you can see the bottom sprinkled with so many sea stars that it looks like a cartoon drawing of the night sky. The sea stars are large, some of them are approaching 2 feet across. Many of them have the tips of one or more of their arms slightly raised, giving an indication that they are moving, although imperceptible to us.

Scattered among the sea stars, along the green grassy bottom, are a smattering of sea urchins. Small black domes with white spines waving in the current. Bar Jacks and Chromis swim above the bottom giving some motion to an otherwise still scene. 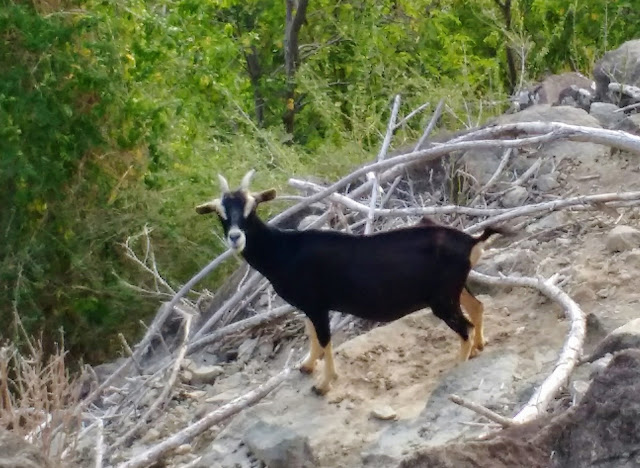 Ashore I can hear the goats bleating. Long bleats, shorts bleats, sounds that run together and seem like an ongoing conversation. Did they just call my name?
Saaa-raaah. 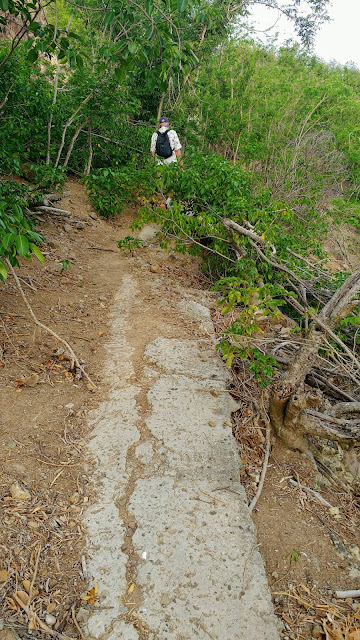 We took a trip ashore to climb to the top to see the remains of Fort Josephine. We followed the remnants of an old road and were rewarded with beautiful views all around us.