Where were you during the hurricanes? 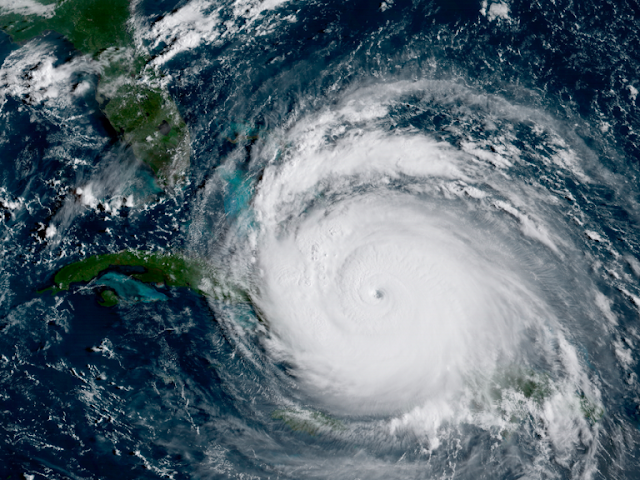 This is the common question upon meeting someone in the Virgin Islands. Everyone has a story and is happy to share it. Where they were sitting, what they lost, how their neighbors fared in comparison. And 6 months after the storms everyone seemed to have a fairly positive attitude about the recovery.

For us it was a return to the place where we began cruising. We purchased Rhapsody in the BVI and spent vacations there on her, learning and exploring, until we sailed away 15 months ago. We watched the hurricanes,  Irma and Maria, from the safety of Grenada, 500 miles south, but with sadness and horror as a place that we loved was destroyed , and boats belonging to friends were sunk or dismasted or lost, and it was with a mixture of trepidation for what we would see, curiosity and hope for the recovery that we ventured back to the Virgin Islands.

The pictures we saw shortly after IrMaria were of brown hills. The hills are no longer brown, the green has returned,  but the hills have certainly changed. The hills now remind me of an older gentleman with thinning hair and a crewcut. Green, but see-through. Houses and roads that were not visible before through the foliage were now easily seen. Roads and trails that I had never noticed before were evident. On closer inspection the hillsides look as if someone took a weed whacker to them. The tops of all the trees were hacked off and everything had a "swirled" look to it. 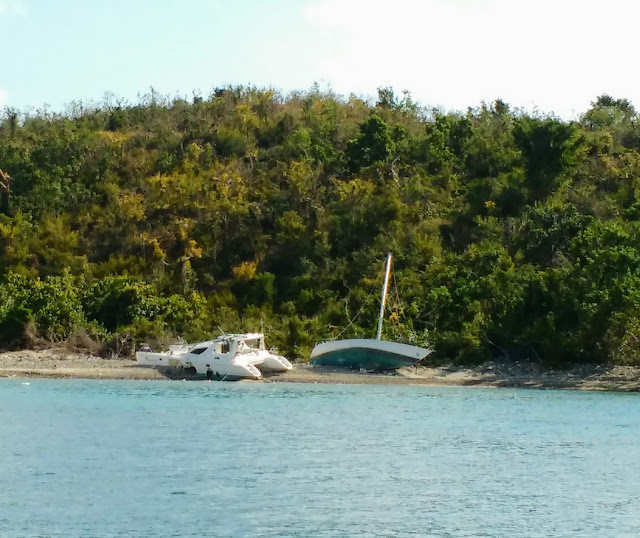 In almost every harbor or anchorage there were boats up on shore. Considering that this is 6 months into the clean up, it is pretty sobering to realize how many boats were lost. 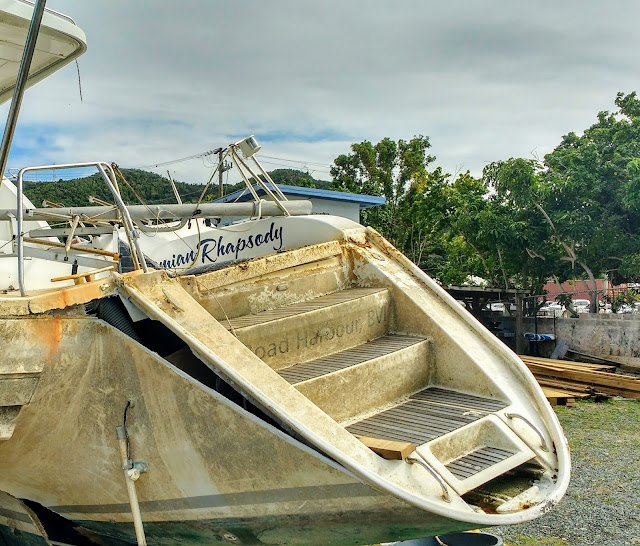 Fortunately for us, this is not our Rhapsody. 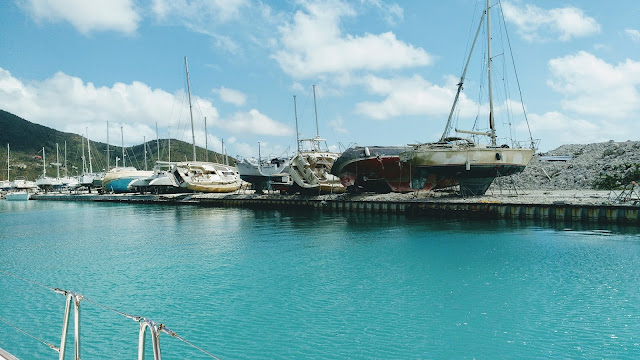 These are all boats that have been pulled from under the water at Nanny Cay, BVI 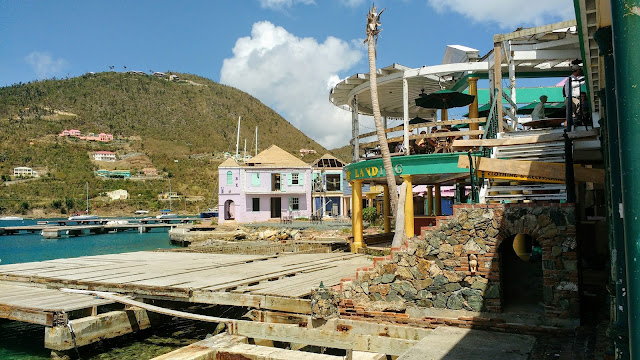 Many businesses were hit hard by the hurricanes. This is Pusser's Bar in Soper's Hole, West End BVI. Across from this was the building that housed Customs. Six months later and Customs officials are still working out of a tent.

Underwater we could see the effects as well. The coral is completely scoured. Here and there we could find some fan coral waving forlornly in the currents. The fish are still around but the turtles, previously so abundant, were few and far between. The visibility is fair, but there is still quite a bit of particulates in the water, giving it a milky appearance. From above the particulates give the water a beautiful turquoise that was not there before. 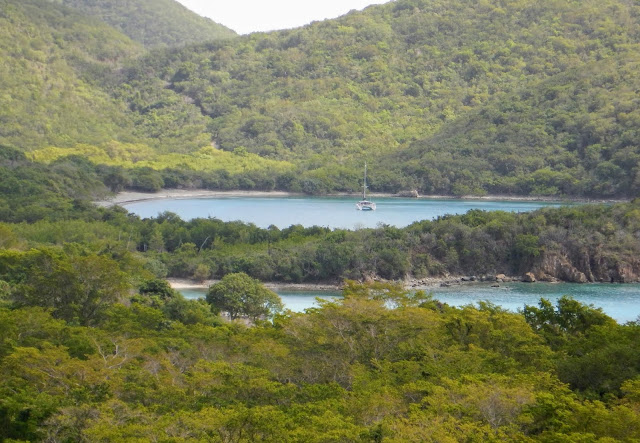 Both of these pictures were taken on the south side of St. John, USVI. The top picture was taken prehurricanes, in 2016. 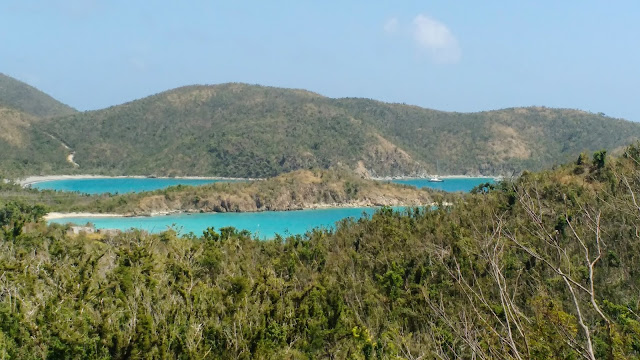 The second picture is post hurricane. Notice the color difference in the water and the trees. The particulates in the water reflect a beautiful turquoise.

The Virgins were hit hard, but they are recovering. I certainly hope the best for all the people there.

Our departure from the BVI was directly through this regatta, front row seats!