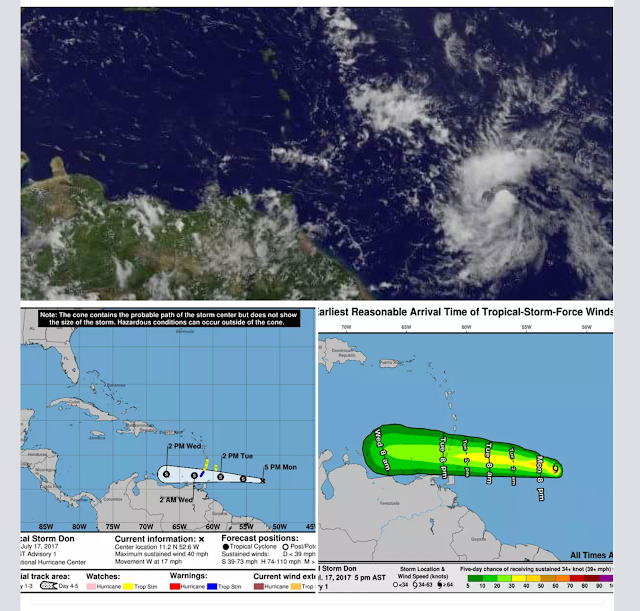 Fortunately for us we had already planned to have Rhapsody hauled for some routine maintenance so we had less to worry about with Don. The boatyard had a sense of urgency. Boats getting hauled and situated in an already full boatyard.

The forecasts were for winds up to 70 mph and 3 to 6 inches of rain with concerns about mudslides in the mountains. 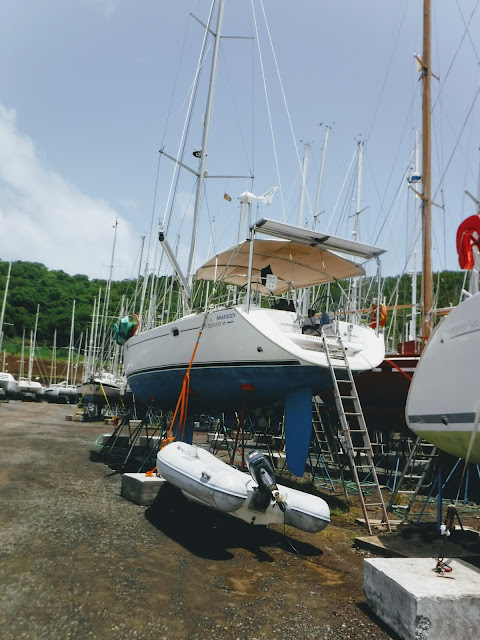 Rhapsody and Melody in their temporary home, safe from Don. 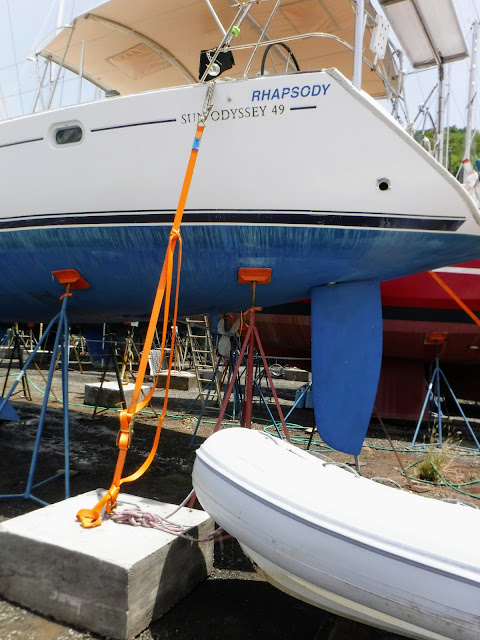 Every boat is strapped down to these large concrete blocks. Two hundred boats, each one with at least 4 blocks and straps.

We took a trip in to town and the stores and restaurants all had signs up telling people that they would be closing early today because of Don. The grocery store was full, people buying up food and supplies. The government announced that everyone should go home and prepare.

Back at the boatyard it was quiet. All the boats were in and strapped down, and the workers had gone home. A few boat owners were still at their boats stowing any loose items and tying down what they could.

We headed to the apartment we have rented for the week. Passing by both big houses and tiny shacks. 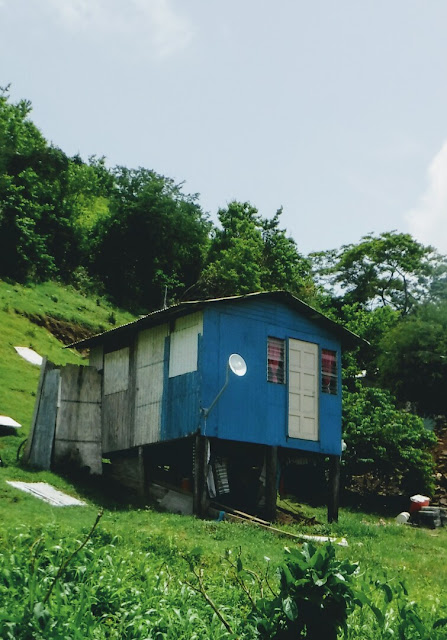 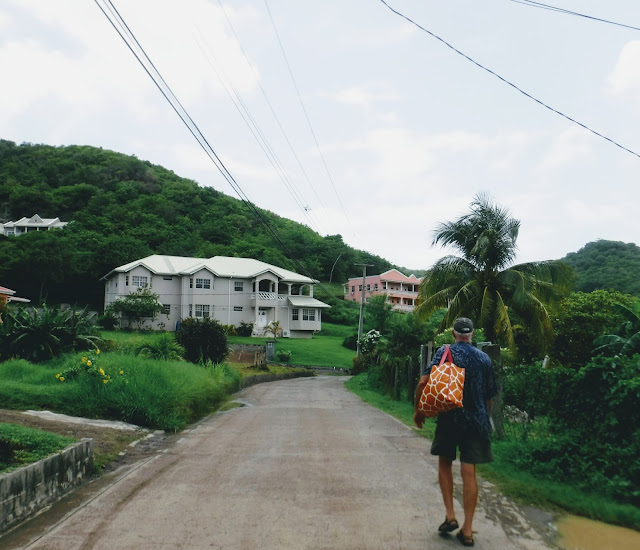 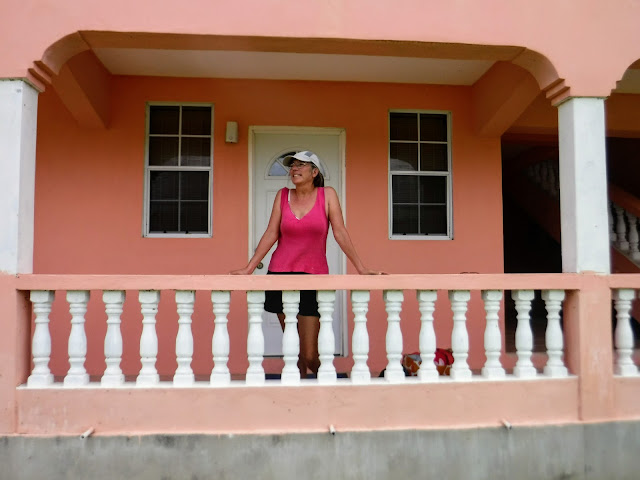 The rains and the winds were due in the wee hours of the morning and so we waited.
And waited.
Listening to the frogs and the lack of wind and rain.
And then there was nothing. 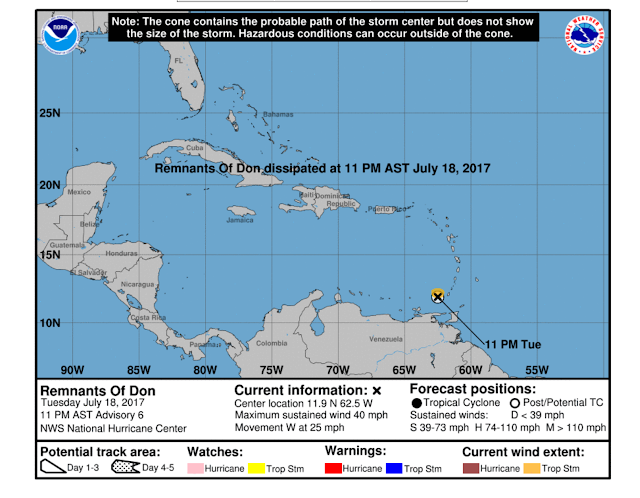 No wind.
No rain.
Nothing.

Even the remnants of Don missed us.

The idea of going to Grenada for the hurricane season was because Grenada is supposed to be out of the line of fire for the storms. First Bret, now Don ( sort of ). I think that is enough. The rest of the summer storms can all aim somewhere else, please.

fantastic publish, very informative. I wonder why the opposite
experts of this sector do not notice this. You should continue your writing.

I'm confident, you have a great readers' base already!

Thank you very much for your kind words!

Very nice post. I just stumbled upon your blog and wanted to say that I've really
enjoyed surfing around your blog posts. After all I will be subscribing to your rss feed and I hope you write again very soon!

Thanks. I certainly have plans to write again soon, but you know how plans and cruising go...!
Glad to have you on board.

That is really interesting, You're a very professional
blogger. I have joined your rss feed and stay up
for looking for more of your fantastic post.
Also, I have shared your website in my social networks

Thank you, glad you are enjoying the posts.

Your mode of telling the whole thing in this post is actually good, every one can without difficulty understand it, Thanks a lot.

This design is incredible! You obviously know how to keep a reader amused.

Between your wit and your videos, I was almost moved to start my own blog (well,
almost...HaHa!) Great job. I really enjoyed what you had to say, and more than that, how you presented it.
Too cool!

When I initially commented I clicked the "Notify me when new comments are added" checkbox and now each time a comment is added I get four e-mails with the same comment.
Is there any way you can remove me from that service?

Hard to do since you posted anonymously!